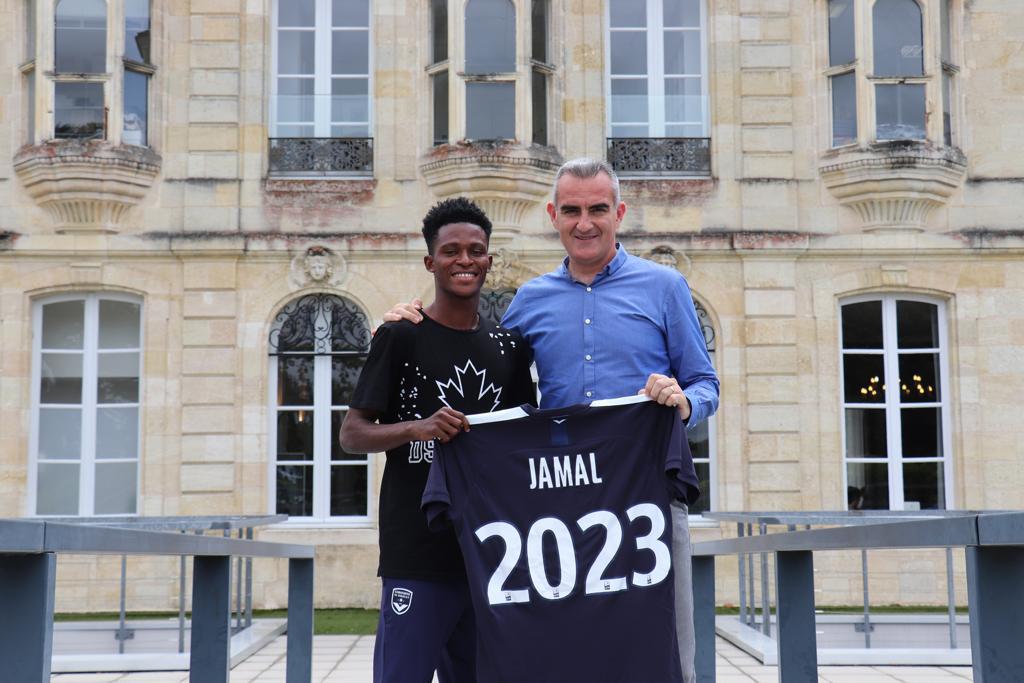 Jamal was in the company of his agent Jason Kwasi Siaw of Sync Global Sports this morning when he signed the straight deal.

We are told Sync Global Sports got puma to send the teenager 3 pairs of boots for testing.

The former WAFA attacking midfielder made his first senior debut for WAFA against Accra Hearts of Oak two years ago when they beat the phobians by 5:0

He was the toast of fans during the GFA Normalisation Competition where he scored 3 goals and won 4 MOTM awards.

He is currently a member of the Ghana U 20.