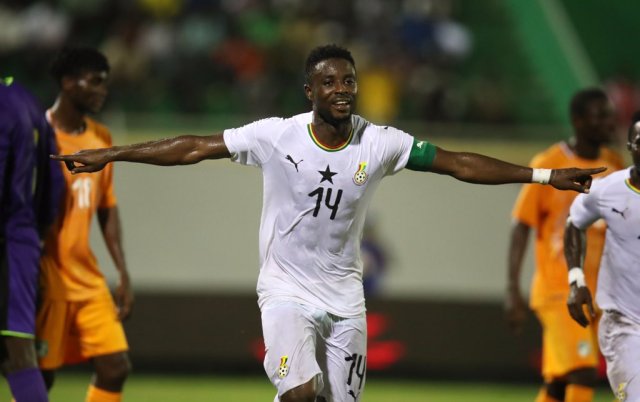 Black Stars B captain and talisman Shafiu Mumuni says the team will win the WAFU cup of nations ahead of their final showdown against hosts Senegal.

Shafiu Mumuni's hat-trick in the semifinal inspired the team to the finals of the competition after another memorable run in the regional tournament.

The Ashantigold forward expects a tough Ghana but remains optimistic of the team's chances, believing in his teammates to go for the ultimate.

"It's going to be a tough game, a difficult game but for the confidence I have in myself and my teammates. I am sure we will bring the trophy back to Ghana," he said.

Mumuni, the tournament's leading scorer will be expected to produce another good performance if the team is to defend the title in Senegal.

Meanwhile, left back Ibrahim Moro could be back in the team after missing the semi final against Ivory Coast due to a knock in the quarter final against Burkina Faso.