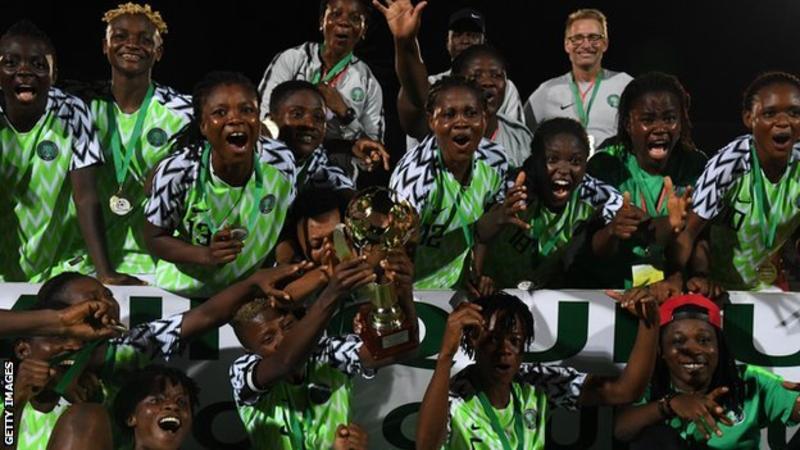 Nigeria's Super Falcons won their first WAFU Cup of Nations after beating hosts Ivory Coast in the finals in Abidjan.

The Super Falcons won 5-4 on penalties after a pulsating 1-1 draw in regulation time.

Ivory Coast took the lead in the 41st minute through striker N'Guessan Koko Ange, who was named player of the tournament after the game.

Uchenna Grace Kanu pulled parity for Nigeria with four minutes to end the game, forcing the match into penalty shoot-outs.

Ivory Coast's defender Kouassi Rosemonde missed the only penalty in the shoot-out.

Nigeria's Kanu finished as the tournament's top scorer with 10 goals in five matches.

Meanwhile, the Black Queens of Ghana were Bronze medalist after beating Mali on penalties on Saturday.

Nigeria only the second country to win the competition after Ghana won it last year in Ivory Coast.