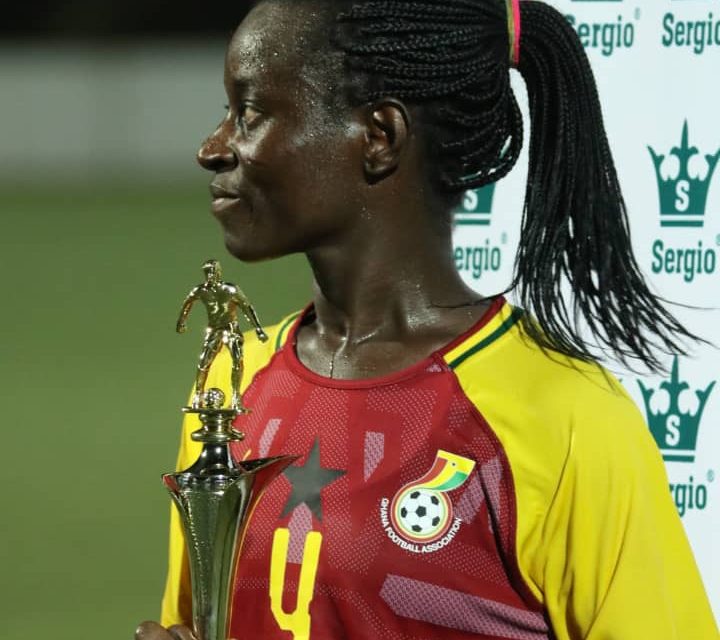 Defender Janet Egyir was named Most Valuable Player in the Black Queens' opening game win over Senegal at the WAFU Cup of Nations.

The stalwart defender was rock-solid as Ghana finished the game with a clean sheet, following a comfortable 2-0 victory over Senegal on Wednesday.

Eveleyn Badu opened the scoring for the Black Queens in the 74th minute after the team has wasted so many chances in the first halt.

Egyir is no stranger to top notch performances at the competition following her exploits in the maiden edition, where she ended the competition as the overall best player.

Ghana will next face Togo, who lost their opener 5-0 to Ivory Coast.