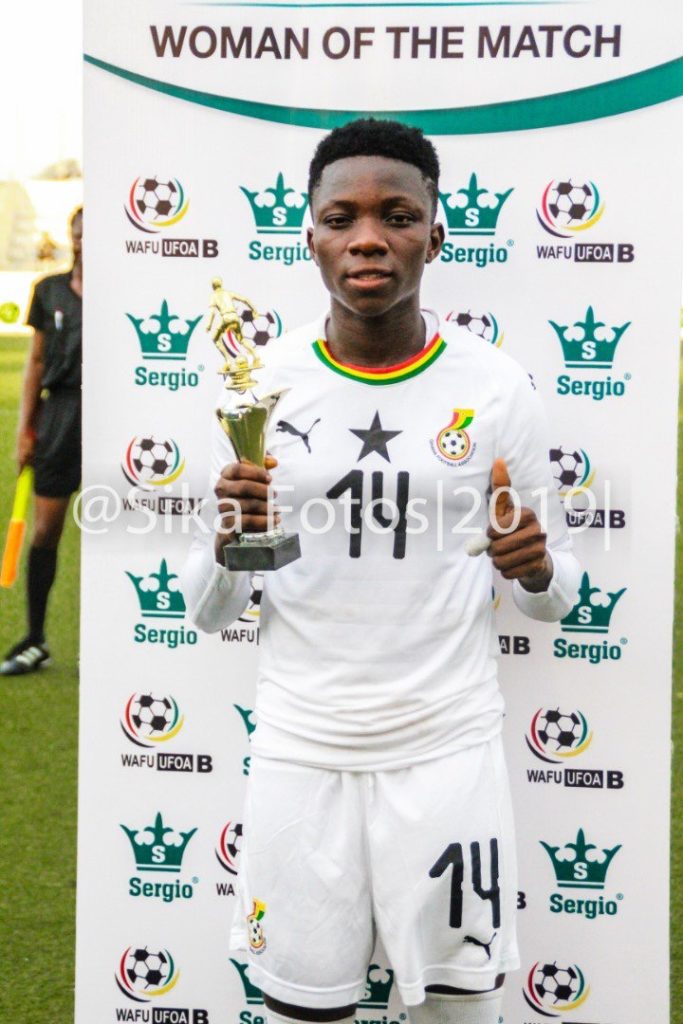 Black Queens midfielder Mavis Owusu was named Woman of the match in Ghana’s thrashing of Senegal.

A rampant Black Queens established their intentions of retaining their WAFU Zone B title with a 6-0 thumping of Togo, days after strolling to a 2-0 win over Senegal.

Midfielder Mavis Owusu played an influential role in the team bagging a brace for the Black Queens.

The Ampem Darkoa Ladies winger reveled on the flanks and was a menace to the defense of the Togolese.

Alice Kusi also scored a brace for the Black Queens with U-17 star Mukarama Abdualli scoring her second goal of the competition for Ghana in the game.

Grace Asantewaa was the other scorer in the game.

The Queens have qualified for the semi-final stage.

Ghana will play host nation Ivory Coast in the final group game on Monday 13 May, 2019 in a battle for the top spot position.