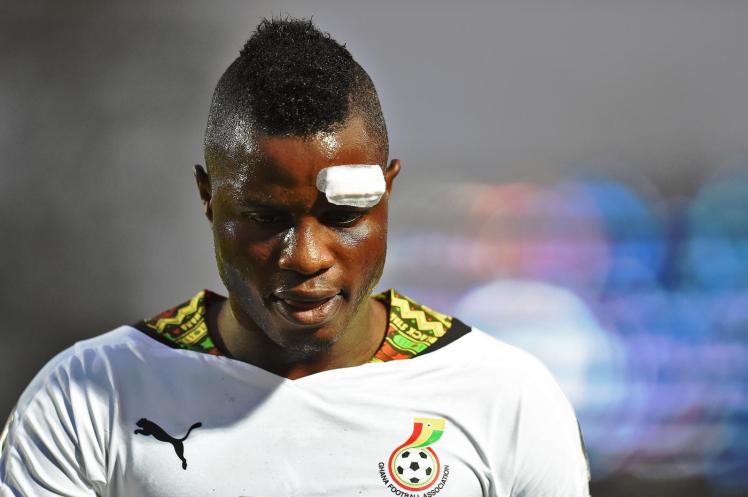 Ghana midfielder Mubarak Wakaso is on the transfer window shop at the 2019 Africa Cup of Nations as he nears Deportivo Alaves exit, GHANAsoccernet.com can report.

The 28-year-old will be hoping to impress scouts amid reports linking him with a move away from the Spanish side.

The Ghana international is eyeing a bumper deal with yet to named clubs in Europe and Asia who are seeking to sign him before the start of next season.

Insiders close to the deal have told Ghana's leading soccer news outfit that negotiations for the influential player is far advanced and Alaves will approve his departure as the offers are good.

Wakaso and his representatives met with the club's Board of Directors and Sporting Director Sergio Fernandez over the Ghanaian's departure in the winter transfer window.

The club prevented the former Las Palmas midfield enforcer from leaving because he was an "important" player in manager Abelardo Fernández's plans.

However, with a year left on his contract the midfielder will be leaving in the summer following the announcement of Asier Garatino as the club's new manager next season.

Wakaso has already began attracting interest from several teams in the top flight, having previously featured for Las Palmas, Espanyol, Villareal and Granada.

With the Africa Cup of Nations also looming, his agents want to wait until after the tournament as rich Asian and Arabian clubs are set to storm the competition in Egypt in search of top players.

The 28-year old has seen 1574 minutes of football in the El Glorisso jersey this season, making him the twelfth most capped played in the campaign.

The Ashantigold youth product could soon announce a decision on his next with move as the Nations Cup in Egypt looms.