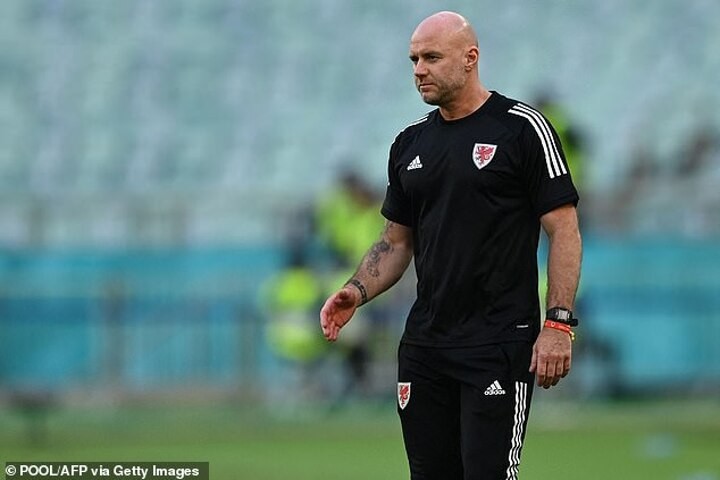 Wales boss Robert Page admitted 'a little bit of luck' was on his team's side after Switzerland's Mario Gavranovic saw a winner ruled out for offside.

Page's men kicked off their Euro 2020 campaign with a 1-1 draw against the Swiss in Baku, with Kieffer Moore cancelling out Breel Embolo's header early in the second half.

But Vladimir Petkovic's men though they had retaken the lead with five minutes remaining when Gavranovic slammed home from close range just seconds after coming off the bench.

But VAR ruled the strike out for offside, much to the elation of Wales fans inside the Baku Olympic Stadium and at home.

And speaking after his side's draw, Page admitted that while they had received a little bit of luck, he labelled Wales' overall performance 'positive'.

'We wanted a positive start and it feels like we've had one,' Page said.

'I'm proud of the players and we had a little bit of luck with the offside. None the less it was a positive performance.

'We knew Switzerland were going to have a lot of the ball with blue they played.

'And I think we were doing the right things defensively. Just unfortunately the gaps started to appear in the second half and we conceded a set-piece.'

Winger Daniel James appeared unhappy when he was substituted just a minute after Cardiff striker Moore had equalised for the Euro 2016 semi-finalists.

But Page admitted the Manchester United star's substitution was for the good of the team and for the player himself due to the frantic nature of the fixtures at Euro 2020.

'It's for the good of the team,' Page added. 'There are three games in quick succession and he looked dead on the feet because of what he provided during the game.

'He was disappointed coming off but he's great in there now and it's all about the team.'

Italy however lead the way in Group A after their victory against Turkey in the tournament's opening game in Rome on Friday evening.

Wales' next fixture is a critical one as they face Senol Gunes' men, but Page admits his side will not be taking them likely despite their 3-0 defeat at the Stadio Olimpico.

'We watched the game all together last night and Italy have an exceptional team,' he added. 'But we respect Turkey and they have a lot to offer too.