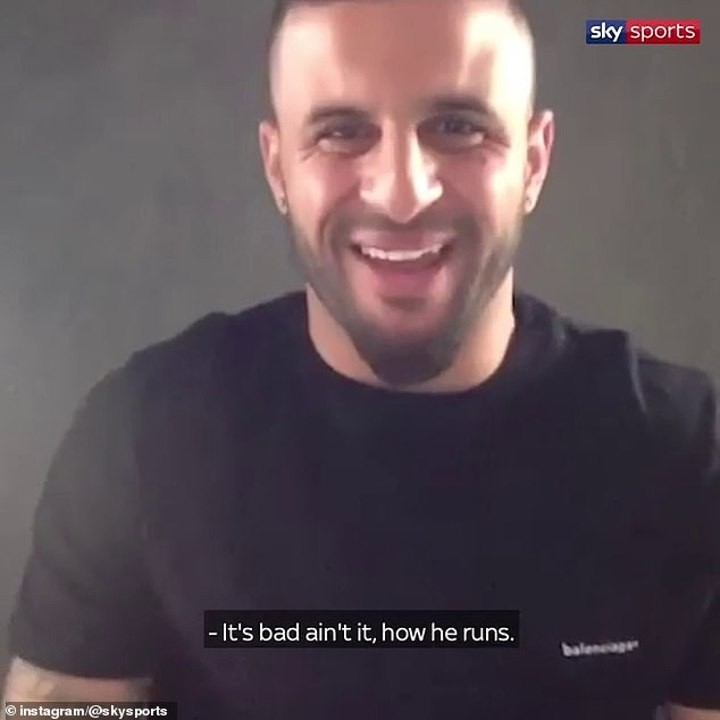 The two Man City players are renowned for their pace down the right wing and have regularly combined to create goals and chances.

But Walker claimed to have won a race between the pair and jokingly impersonated Sterling's running style in a video call with Soccer AM.

'It's bad ain't it, how he runs' said the defender.

'I mean he’s really quick but his technique’s awful.

'But he’s a good player…he does say he’s quicker than me, but maybe the next time when you speak to him, or he can actually, you know, say it himself who won in the race we had.

'We had a semi-race and there was only one winner.'

When asked whether this victory made him the fastest player at the club, Walker replied: 'Well, Leroy (Sane) wasn't there, unfortunately, but I've always said it's been me and Leroy.

'Raheem first ten [metres], twenty, yeah - but after that, the technique starts going everywhere and he ends up like this,' he said while imitating his team-mate once more.

Despite criticism of his running technique, Sterling has been in fine form for Man City this season, scoring 19 goals and providing seven assists.