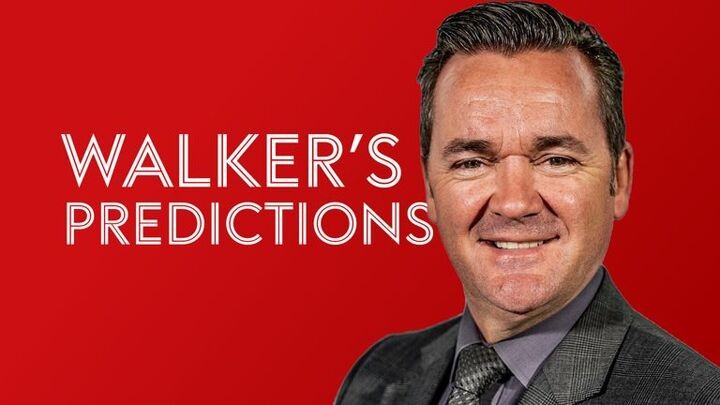 Sky Sports' Andy Walker offers his predictions ahead of the latest round of Scottish Premiership action.

As a result of the inexplicable trip to Dubai, Celtic will still be missing the matchday influence of Neil Lennon and 13 of his key players due to Covid issues. Against Hibs on Monday night, some of the football from Cameron Harper, Mikey Johnston and Armstrong Okoflex was promising, but at a time when Celtic are desperate for wins, their end product can't be expected to be as high as the international players they are replacing.

As he has done since coming into the side, David Turnbull has been excellent, threatening to score from distance in midfield and his free-kick against Hibs was a thing of beauty. Defensively, though, Celtic are still suspect to conceding soft goals.

Opponents Livingston have been utterly transformed since making a managerial change. David Martindale has taken the level of performance to another level since replacing Gary Holt, winning all eight games. Scott Pittman, Craig Sibbald and Scott Robinson are in tremendous form and Livingston will travel to Glasgow in high spirits. Earlier this season, they lost 3-2 at Celtic Park, running a much stronger Celtic side that they will play on Saturday very close.

Accies have the worst defensive record in the top-flight but possibly the best experience in knowing how to escape from the bottom of the table, having managed to compete here for the last 12 years. Plagued by injuries and Covid issues all season, it has been a really tough time for manager Brian Rice but I think the club realise they are in good hands.

Aaron Martin was due to play last weekend at Kilmarnock but was withdrawn on the day of the game due to Covid exposure, incidents like that have continually affected team selection for Hamilton. Trying to bring other options to the club during this transfer window will help but every game is a struggle right now.

Dundee Utd striker Lawrence Shankland is coming off the back of a potential goal of the season winner with his remarkable strike against St Johnstone earlier this week. From fully 53 yards, he spotted Zander Clark off his line and struck the ball beautifully to help his team get a point. Shankland might get the lift he's looking for, perhaps disappointed with his goal tally to date.

Jack Ross will be looking to his men to secure all three points at home for the first time since October. It has been painful for the fans to see them lose to both Livingston and Ross County in the previous two home games given how strong they are away from home. They must have been boosted by the point they gained in Glasgow on Monday night, albeit against a weakened Celtic team.

As he did against the current champions, Kevin Nisbet will be looking to score again, his game outside the box this season has been very impressive and I wouldn't be surprised to see him finish the season as the Scottish Premiership's top scorer, only James Tavernier is ahead of him at the moment. New signing from Hull City, Jackson Irvine should help his cause.

Kilmarnock boss Alex Dyer couldn't have been happier with his side's excellent performance last weekend in beating Hamilton 2-0, building a little run of three games unbeaten. Greg Kiltie notched a double and is capable of both creating goals as well as scoring them.

It's so tight at the foot of the table that a win for Ross County would potentially bring three or four clubs into the relegation mix. John Hughes will realise, however, that County's record against Aberdeen is far from impressive - they have lost eight of the last nine against Derek McInnes' men. He'll be glad to have Callum Morris and Carl Tremarco available after a brief absence.

Charlie Lakin should also retain his starting spot having scored in the 3-1 loss to Livingston. Aberdeen have also only lost one of their last 14 away games and will be boosted by the return of Ross McCrorie, but missing the creative influence of Ryan Hedges, sent off against Rangers. It was another very late postponement of the Dons clash earlier this week against Livingston, the plastic pitch failing a late test. No, me neither!

I saw St Mirren last weekend in their 1-1 draw with Motherwell and they did well to fight back in the second half, deservedly taking a point. Credit to Jim Goodwin, he has guided his team to much better form after a shaky mid-season period when they fell to the bottom of the table, they've now lost just two of their last 16 matches in all competitions.

St Johnstone also earned a point in their last match, a 2-2 draw at Tannadice against Dundee United. Callum Davidson can call upon someone he knows well, signing James Brown on loan from Millwall. Danny McNamara impressed everyone in Scotland with his consistent play at right-back for the home side, but he has now returned to Millwall.

Signing Eamon Brophy from Kilmarnock and Collin Quaner from Huddersfield should see St Mirren be much more of a goal threat in the second half of the campaign.

Graham Alexander couldn't have asked for a tougher test in his home debut as manager than taking on high-flying Rangers. It'll be interesting to see how he will set up. The contrast in Motherwell's approach to the two games against Steven Gerrard's men earlier this season couldn't be more different.

At Fir Park in September, Steven Robinson tried a toe-to-toe strategy with the league leaders and lost heavily, 5-1. At the other end of the scale, in December at Ibrox, a robust Motherwell defensive display saw them take an early lead only for Rangers to score three goals in the last 20 minutes to secure another vital win.

On the scoresheet that day was Cedric Itten, as he had been at Fir Park earlier this season and I expect to see him involved again. Still undefeated in the league and 21 points clear, it has been a remarkable transformation in this Rangers squad and their approach to pressure games.

For Motherwell, midfielder Liam Polworth was very impressive in Alexander's first game in charge at St Mirren, giving Tony Watt and Devante Cole good service. Jak Alnwick helped secure a point with an outstanding save late in the game but as I've said before, it is hard to see Rangers losing a goal never mind a game these days.