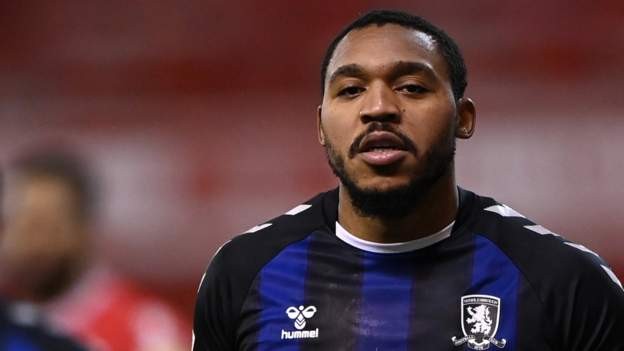 Middlesbrough boss Neil Warnock says he is relaxed about his players who are soon to be out of contract, including striker Britt Assombalonga.

The 28-year-old striker scored his fifth goal of the season in Boro's 2-1 Championship win at former club Nottingham Forest on Wednesday.

"We don't worry about that [the contract] here," said Warnock.

"There are a lot of players out of contract. What will be, will be, we'll worry about that when we have to."

The DR Congo international has consistently managed double-figure seasons in the English Football League since being handed his chance to impress at Southend, following that record at Peterborough, Forest and Boro.

He has also been given the captaincy in games this season, including the trip to Forest.

Meanwhile, Warnock was heartened by the effort of his strikers in their City Ground win, particularly after a sluggish effort at Birmingham on Saturday.

"The only disappointment was not scoring more goals but we had some great chances," the 72-year-old told BBC Tees.

"I was pleased with Britt tonight, and Duncan [Watmore] and Tav [Marcus Tavernier], it makes a difference when your forwards play."