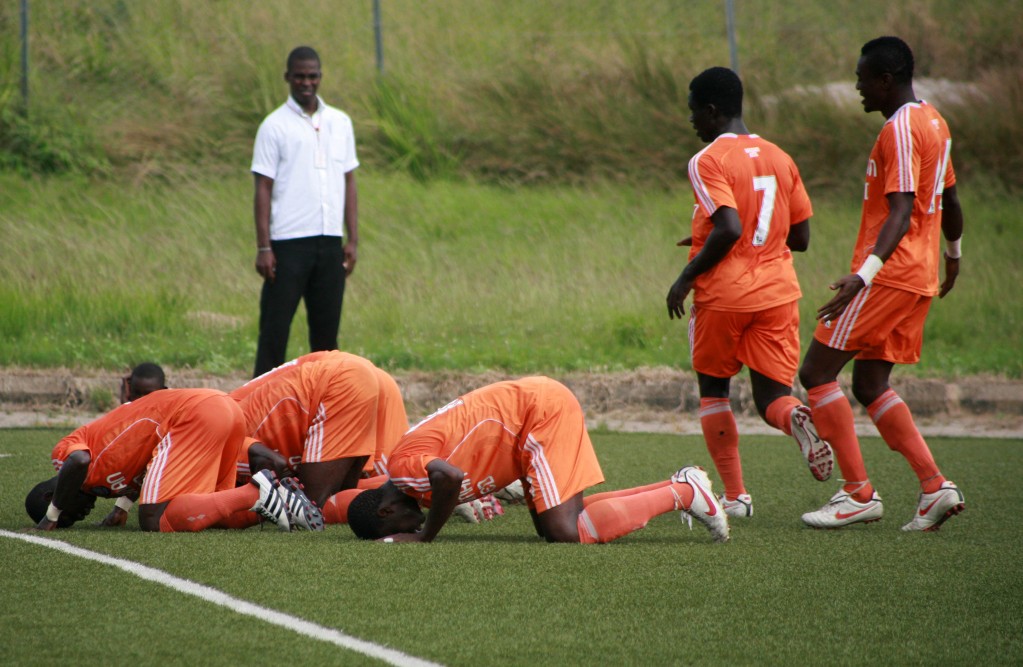 Wassaman United beat Depotivo 3-1 on Wednesday to win promotion into next season's Premier League with one game to spare.

Both teams remained undefeated in the Division One promotional league playoffs going into the game played at the Tema Sports Stadium.

However a brace from ex Hearts of Oak striker Abubakari Mahadi and one from Owusu Jordan put the result beyond the Asokwa lads who got a face-saving goal through Michael Gyamfi.

The feat signifies another return into the premiership for yet another former Hearts of Oak employee in the person of coach Paa Kwasi Fabin.

Wassaman now have 6 points in the playoffs but have already qualified by virtue of their better head-to-head record against their contenders.

They now join Bechem United and Tema Youth as the three promoted sides and their premier league status is expected to be gazetted at the Ghana FA's Ordinary Congress which will takes place on Thursday and Friday.