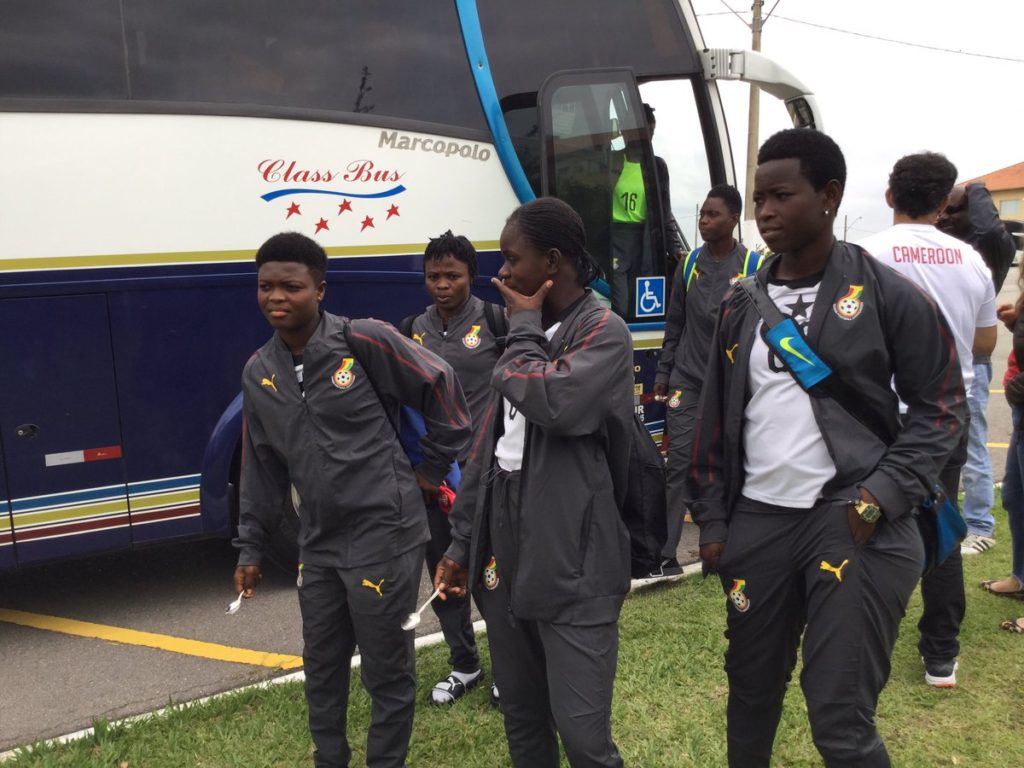 Players of the female national U-17 team, the Black Maidens and their Cameroonian counterparts have promised to make Africa proud at the FIFA U-17 Women's World Cup in Uruguay.

The two sides, have been camping in Brazil ahead of the tournament which begins in a week time.

Cameroon beat Ghana 2-1 in a friendly on Tuesday as part of preparations for the World Cup.

The West Africans sides are the continent's only representative at the World Cup and in a short video after their friendly encounter promised to make an impact at the competition.

Ghana won bronze in the 2012 edition in Azerbaijan and are poised to go a step further.

At the end of yesterday’s training match, the Black Maidens and their Cameroonian counterparts agreed that this is the year for Africa to make an impact at the U17 World Cup pic.twitter.com/DEvZGpU50t