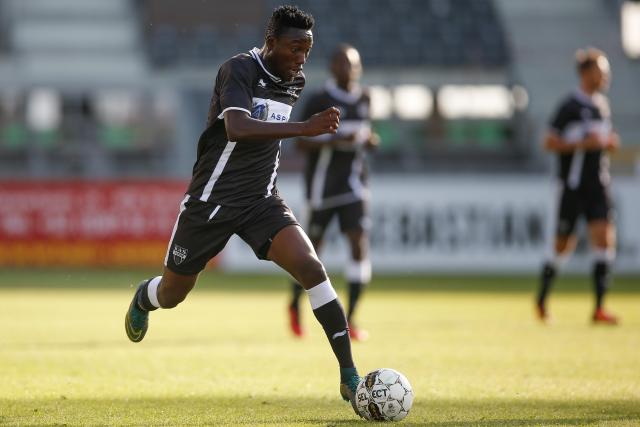 Ghanaian midfielder Eric Ocansey was sent off in the Belgian Pro league game between K.A.S Eupen and Charleroi, a game his side lost by 4 goals to 1.

The midfielder was red carded through the intervention of VAR. Ocansey was found to have elbowed an opponent, which earned him a straight red card.

Meanwhile, the latest development indicates the midfielder has been handed a four-match ban and fined € 4,000 for his sending last week against Sporting Charleroi for punching an opponent.