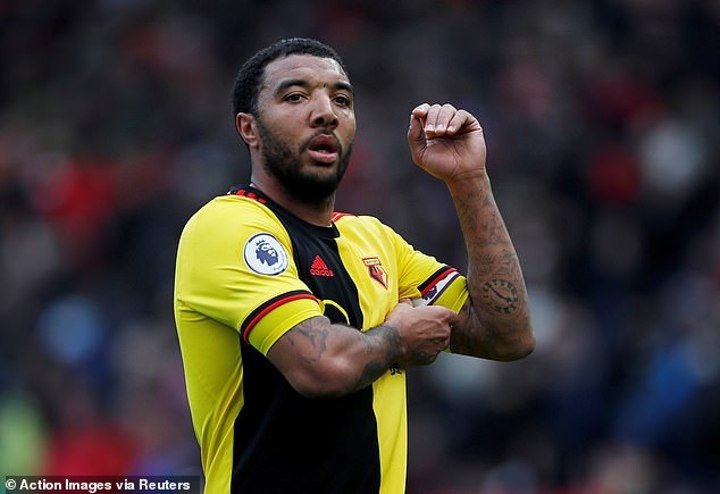 Troy Deeney remains absent from training but there is optimism the Watford talisman will end his exile to play a role in their relegation battle.

The Hornets captain has opted out of non-contact training due to the health risks linked to the coronavirus and still hadn’t reported for duty on Wednesday.

But there is now hope their influential striker will return to the club’s London Colney base ahead of the season restart.

Manager Nigel Pearson revealed last week that he was missing six first-team players during the first week of phase one training.

But Sportsmail understands the majority of those players have returned to training this week – and there is now hope Deeney will follow.

After initial reservations from within the playing community, Project Restart has gained momentum in recent days culminating on Wednesday when clubs unanimously voted to enter contact training.

And with the season looking increasingly likely to restart, there is a sense that Deeney can and will return.

Speaking last week, Deeney said: 'My son is five months and he's had breathing difficulties. I don't want to come home and put him in more danger.'

Meanwhile, Frank Lampard is expected to hold more talks with N’Golo Kante, who has also opted out of returning to training.

As revealed by Sportsmail last week, Kante – but for one day – has remained training at home due to coronavirus health concerns.

Lampard is fully supportive of his key midfielder’s decision not to attend training and the club are not putting any pressure on Kante, even if it means he has to miss the rest of the season.

But the Blues boss is in constant dialogue with the France international and will now discuss the new protocols with the midfielder, who will decide for himself whether he wants to return.

Kante, despite not training at Chelsea’s Cobham HQ, has been reporting for his twice weekly Covid-19 tests meaning he would be able to return to training instantly, provided he is given the all clear.