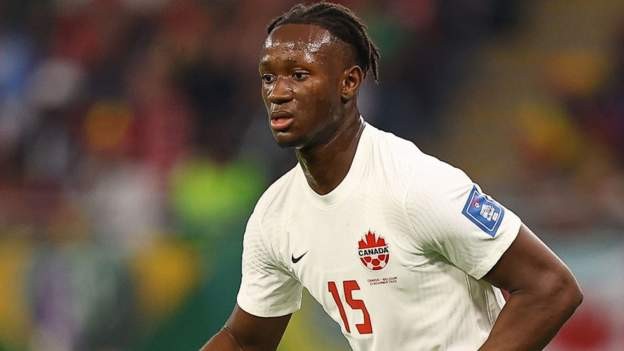 The 20-year-old will move from Montreal on 1 January for an undisclosed fee, having played in all three games for Canada at the ongoing World Cup.

He was born in the Ivory Coast, but his family moved to Canada when he was a child and he now has nine senior caps.

Kone made 32 appearances for Montreal in 2022 as they finished third in North America's Major League Soccer.

He came on as a second-half substitute in each of Canada's group games in Qatar as they were beaten by Belgium, Croatia and Morocco to finish bottom of Group F.