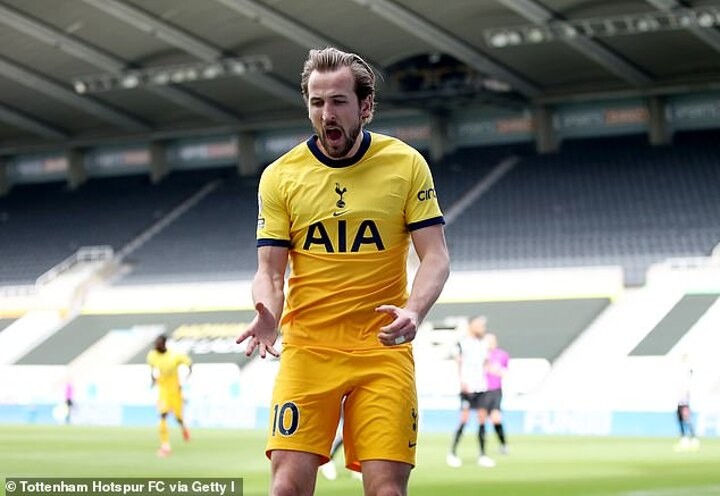 Wayne Bridge expects Chelsea to attempt to sign a big-name striker this summer - and admitted he would 'love' his former club to swoop for Harry Kane.

Tottenham ace Kane's future looks increasingly precarious with his team faltering in their Champions League bid, potentially triggering him to seek a move away.

And Bridge is keen for Chelsea to pounce on the situation and sensationally attempt to lure Kane across the London divide.

'If you look at how Tottenham are doing at the moment, I think there's a great chance he could end up leaving if he wants to go and win something.

'I'm not sure if he would go, but I'd love to see him come in and start banging in goals for Chelsea.

'Chelsea have to be careful with who they buy but I'll be very surprised if they didn't bring another striker in.'

Kane is unsurprisingly highly sought after, having netted 19 goals this season for an ailing Spurs, and is said to be poised to leave in search of silverware.

The England captain is claimed to be 'running out of patience' in north London and may be willing to tell the club he would like to leave if they miss out on the top four.

Both Manchester City and Manchester United are expected to push hard for Kane's signature, but Chelsea, and their resources, may also find themselves in the frame.

The Athletic have also reported, however, that prising Kane away from his six-year deal at Tottenham may prove difficult with Daniel Levy unwilling to part ways.

But Kane may only be one top-class striker on the move in just a matter of months.

Erling Haaland has also been tipped to leave Borussia Dortmund, despite his club's firm stance, and Sergio Aguero will leave Manchester City when his terms run down.

'There could be a few of these players moving - Haaland and Mbappe - and I'd love to see Chelsea snap one of them up, even Aguero,' Bridge added.

'He's leaving City and I don't think he's past it, he's always going to get you goals. When I played with him at City he was just unbelievable and I think he's still got it.'