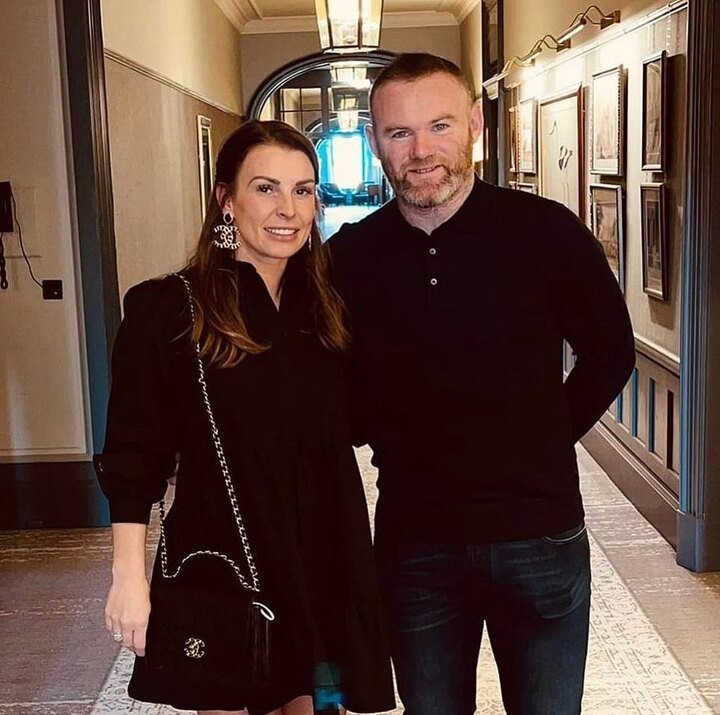 Former England ace Wayne Rooney has claimed he was 'set up' and has complained to Greater Manchester Police after social media was flooded with images of him getting close to a woman in a nightclub and asleep in a hotel room while two half-naked women took photos around him.

Photos on social media appear to show the married Derby manager, 35, with his arms around the waist of an unknown woman while out at a nightclub in Manchester. Other images appear to show Rooney asleep in a hotel room with at least two half-naked women.

MailOnline understands the images were taken last night, on the first weekend that nightclubs in England were allowed to open in more than 15 months due to lockdown restrictions imposed during the pandemic. There is no suggestion of any wrongdoing on Rooney's part.

Rooney has been with childhood sweetheart Coleen for nearly two decades. The pair started dating when they were 16 after leaving school, married in 2008 and have four sons together.

Rooney is currently busy preparing his Derby side for the new Championship season, which kicks off in a fortnight's time.

But he faces a significant challenge ahead of his first game, against Huddersfield, because the team currently nine registered senior players - two of which are goalkeepers.

Just yesterday he vowed he will not walk away as manager, but warned the club it would be 'impossible' for him to field a team for the start of the new Sky Bet Championship season without significant signings.

The midlands club are currently under a transfer embargo, preventing them from signing players, after failing to provide financial records from previous years.

But earlier this week after the EFL altered its rules due to 'exceptional circumstances' caused by the club's coronavirus outbreak last season.

'It's other people which I can't control who need to make bigger decisions that I do,' Rooney told Sky Sports News.

Rooney is England's record goalscorer, netting 53 in 119 appearances for the Three Lions.   The forward spent much of club career with Manchester United, where he scored 183 goals in 393 appearances.

Rooney also won 16 trophies at Untied, where he moved, aged 18, after completing a £25million move from his boyhood club Everton.  He also earned a host of personal accolades, including the 2009-10 PFA Player of the Season award and five Premier League Player of the Month awards.