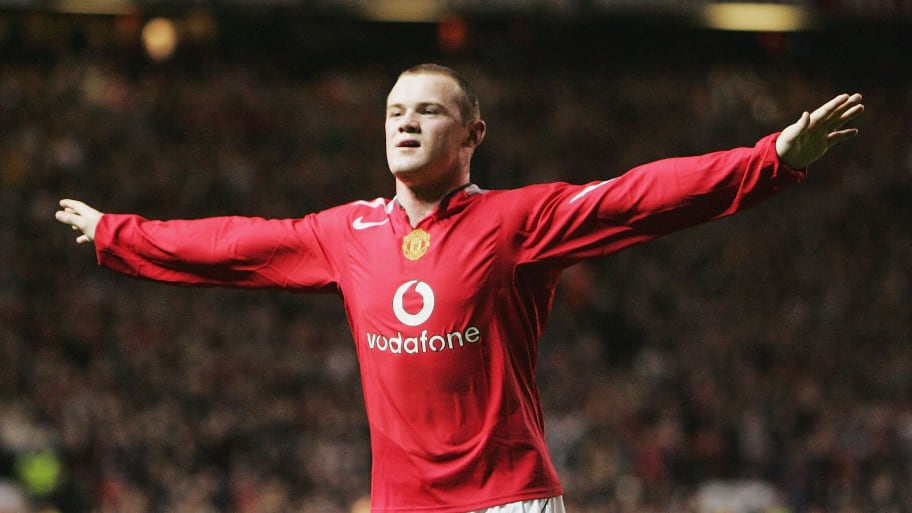 Manchester United and England legend Wayne Rooney has lifted the lid on his departure from boyhood club Everton in 2004 - admitting that he turned down a move to Chelsea and sent in a transfer request on a napkin in order to move to Old Trafford.

Rooney joined United in August 2004 for around £27m, after bursting onto the scene for Everton and England in the months prior. He had just starred for the Three Lions at Euro 2004, but revealed on BBC Sounds' 'Tony Bellew Is Angry' podcast that the Toffees had looked to sell him at the time because of the financial troubles they were in.

Rooney said: "Before Euro 2004, I knew that I was getting touted to other teams - because Everton needed the money. Certain individuals were going into other clubs saying 'would you take Wayne Rooney for £30m?'

"I was heartbroken, I loved the club and wanted to play for Everton.

Newcastle United were interested in the then 18-year-old, while Rooney also revealed cash-rich Chelsea, who had recently been taken over by Roman Abramovich, had actually made the highest bid for him. But his preferred move if he were to leave was United - where he would work with Sir Alex Ferguson and become the club's all-time leading goalscorer by the end of his stay.

"I was getting pushed to go and play for Chelsea because they offered the most money, but I said 'you're not dictating where I go - I want to go to Manchester United'," Rooney continued.

"This was in Moyesy's office. So I went into the canteen and wrote 'I Wayne Rooney request a transfer from Everton Football Club' on a napkin, or something! Walked back into Moyesy's office and said 'there you go'.

"I felt I got backed into a corner to a certain extent, but that's football."

Rooney had broken his metatarsal on England duty that summer - an injury that most fans today believe actually cost England the tournament. Rooney's form in the tournament was terrific, scoring four goals before going down with the injury. And Rooney revealed Everton stopped him returning to training before they had sold him for fear of the move breaking down.

"I went to Barbados after Euro 2004, I'd broken my foot obviously. I came back to Bellefield and was ready to go out and start running, and step up my training from a broken foot. I remember getting told you can't do that because if your foot breaks down we won't be able to sell you.

"But it worked out for the better in the end."


This article was originally published on 90min as Wayne Rooney rejected Chelsea in 2004 & issued Man Utd transfer request on a napkin.