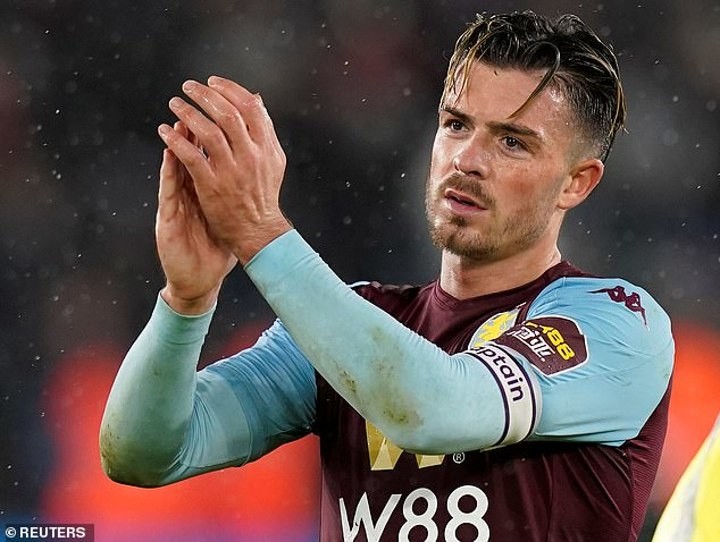 Jack Grealish has spoken about his lockdown breach in March, admitting he is 'old enough and mature enough to know that I'd done wrong.'

The Aston Villa captain broke stringent coronavirus lockdown rules by attending a party at former team-mate Ross McCormack's flat, and also crashed his Range Rover car in a Birmingham suburb in the early hours of March 29.

The incident came a day after Grealish had urged his social media followers to stay inside to slow the spread of the virus, and was followed by an apology - but now the 24-year-old has spoken to The Guardian about what happened and his responsibility as a role model.

'I knew straight away that I had to come out and apologise myself, which I wanted to do - I didn't want to hide behind a club statement,' Grealish said.

'I know I am a footballer but I'm still human and we all make mistakes and straight away I knew I'd made a mistake.

'I'm also a role model as well to a lot of people out there, especially young children who might look up to me.'

Grealish is back in training as Premier League squads up and down the country prepare for the return of football on June 17.

Villa entertain Sheffield United on the first game back for Dean Smith's side - but Grealish referred to the death of Smith's father Ron last week, as a result of coronavirus following dementia, and how it has motivated him to keep the club in the top-flight.

'I always used to ask him every day how his dad was getting on,' admits Grealish.

'Then when the news came it was devastating for him and his family. Us as players have tried to be there for him and try to help him.

'One good thing about football when you are having a problem away off the pitch, when you do come into training or play a match, it takes your mind off everything else. It certainly does for me. That's what we tried to do for the manager.

'I'm sure we all want to avoid relegation even more now, for the Smith family.'