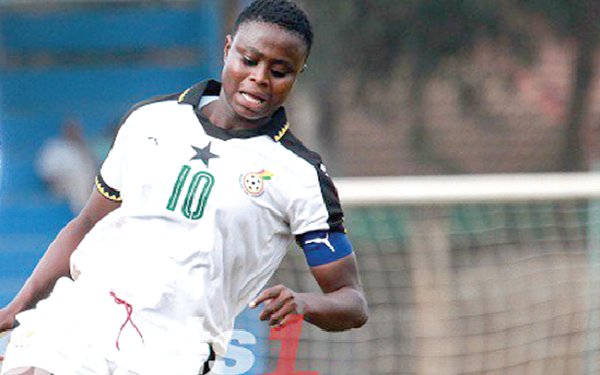 Black Princesses Coach Yussif Basigi admits the team misses influential striker and captain Princella Adubea at the FIFA U-20 Women's World Cup after suffering another defeat at the mundial.

The Black Princesses suffered a 4-0 defeat to the Netherlands on Wednesday to add to an opening day mauling in the hands of hosts France.

Ghana has scored only a goal in two games. A situation, the coach attributes to the absence to potent forward Princella Adubea.

The marquee Ampem Darkoa forward missed the World Cup due to an injury, and underwent a surgery which ruled her out of the tournament.

"We can all see that the potency upfront was lacking, if Princella Adubea was in the team, the game plan would have been different because she is actually a potent striker." he said after the game. "But unfortunately she is not there and we could feel the effect of her absence."

Princella Adubea was the top scorer in the qualifiers on the African continent after scoring over 9 goals as Ghana annihilated countries like Kenya and Cameroon.

The Black Princesses' dreams of reaching the next stage of the competition has been dashed. However, they will face the New Zealand in the final group game.