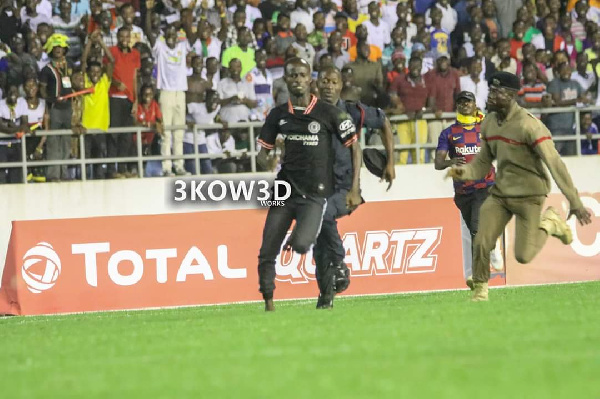 Ghana Football Association (GFA) Prosper Harrison Addo is not happy the association is coughing up $10,000 to pay a fine because of the indiscipline of one person.

The 25-year old Awal Suleman run onto the pitch at the Cape Coast Sports Stadium in the 84th minute as the Black Stars went on to beat the Bafana Bafana 2-0.

According to the legal practitioner, the money could have been used for other important things.

"You remember that CAF fined us 10,000 dollars for the pitch invasion at the Cape Coast Stadium. We have been given 60 days to pay the fine. We could have used the 10,000 dollars for other important things but we are wasting it on one person. We see these things in Europe and want to do it not knowing the fines that are charged for it," he said on Joy FM.

He was later arraigned and fined a sum of GHc2,400 by the Cape Coast Circuit court