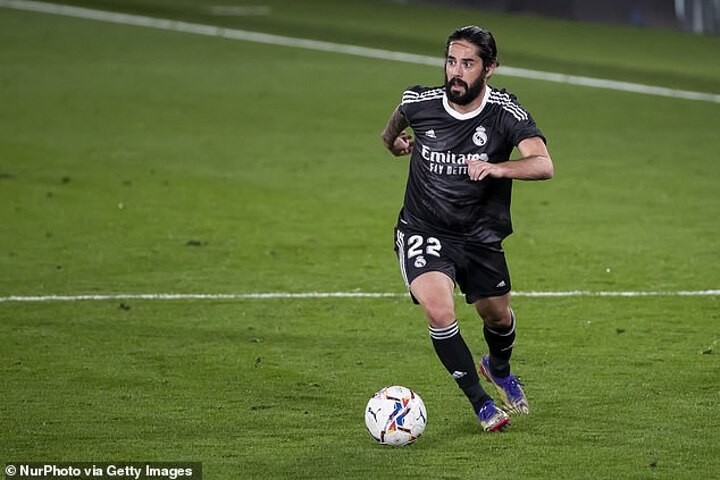 Isco is yet to receive any offers that would see him leave Real Madrid in January, according to his father.

Isco wants out of the Santiago Bernabeu having only made three starts in La Liga this season.

His father, Paco Alarcon, who is also Isco's agent, confirmed on Spanish radio that the 28-year-old wanted to leave but added he had yet to receive any firm offers.

Alarcon also added that Isco is prepared to move to another league with regular first-team football the aim with Euro 2020 next summer.

Manchester City and Juventus have both been linked but Alarcon told radio show El Larguero: 'Right now we have not received offers, but he wants to try another league.

Despite falling out a favour under Zinedine Zidane, and with the Real boss happy to cut him loose, Alarcon said Isco wouldn't rush into moving in January if the right club didn't come along.

He added: 'Staying [until the summer] would not be a problem.'

Reports in Spain had previously linked Isco with a move to Everton where his former Real boss Carlo Ancelotti is in charge. Ancelotti has since, however, hit out at the claims, which he said was 'bulls***'.

Should Isco not leave Real next summer he will have only 12 months remaining on the contract extension he signed last year.