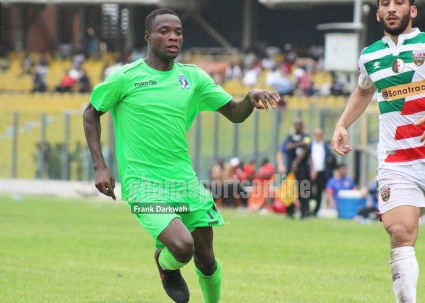 Last week, Arnol claimed that he is open to a move to Asante Kotoko but only if they can meet Bechem United’s asking price.

Reports later went widespread that the Porcupine Warriors have tabled a bid for the forward as they aim to bolster their attacking rank ahead of the resumption of the league.

But Bechem United CEO, Kwasi Darlington has dismissed the report claiming that though he received a call about the player from the Kumasi-based side, his outfit are yet to receive an official offer.

“Kotoko called me some time ago to ask about Yaw Annor but there is no official offer on the table for the player,” he said.

He mentioned earlier in the week that Bechem will be looking to cash on five top players at the club.