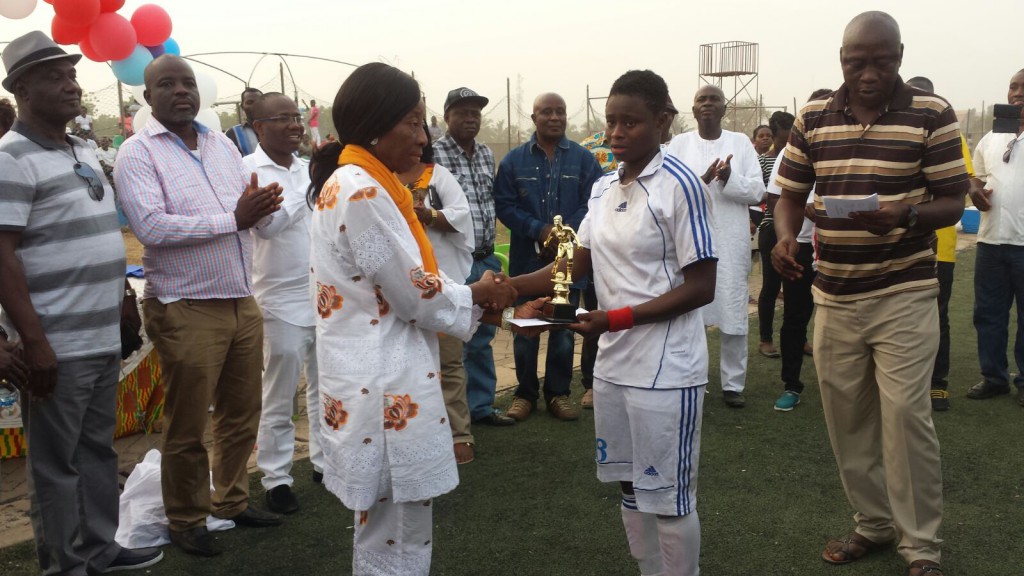 The 2016 Women’s AFCON was played about four months ago but Ghana coach Yusif Basigi rues the chances of the team after missing the opportunity to win the trophy insisting his sided missed enterprising striker Priscilla Adubea at the fiesta.

Priscilla, 18, scored four times to in the double header qualifier against Tunisia but could not travel with the team to Cameroon because of the U20 Women’s World Cup in Papua New Guinea.

And Basigi says her absence was felt in the team.

“We missed her so much because she was one of our top strikers. We had only Samira upfront and that forced Elizabeth Addo to join on numerous occasions,” he told GHANAsoccernet.com

“Faiza and Florence were good but they did not gel at the tournament so Priscilla would have helped a lot if she had been there.

“Priscilla is young and very enterprising and if we give her the needed attention, she can achieve something for Ghana,” he added.

The prolific Ampem Darkoaa Ladies striker won back-to-back goal queen in the 2014/15 and 2015/16 National Women’s League with 9 and 16 goals respectively.

She was the top striker for the Black Princesses at the World Cup but an earlier injury kept her out for games in the group stages.