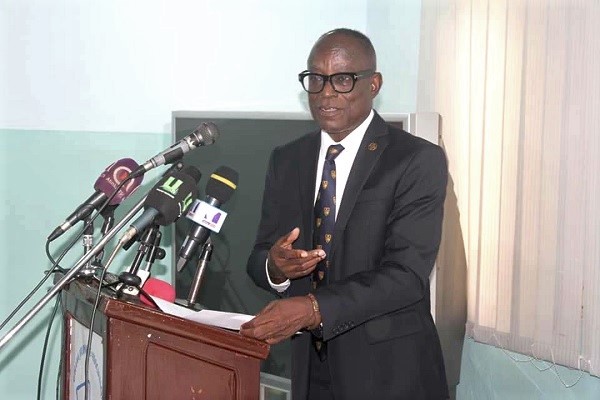 Former Asante Kotoko board member believes Ghana's top-flight league is not ready to restart because proper measures have not been implemented by authorities and this could result in a spike in coronavirus cases.

The league has been suspended in mid-March following the outbreak of the coronavirus which has since claimed 112 lives after infecting over 16,000 people.

However, calls for the league to resume has intensified in recent weeks after major leagues in Europe returned amid strict restrictions.

There were reports last month that Ghana Football Association (GFA) had proposed weekly testing of all players and also teams training in smaller groups but there were not enough to convince the government to give them clearance.

“Those countries who have started football are obeying the COVID-19 protocols. If the country (Ghana) wants to start the league, they should learn to implement the proper measures before starting the league," he told Asempa FM.

“There is no seriousness on protocol measures put in place before we start the pending league and I think we are not ready to continue it,” he stressed.

"South Africa is said to continue their league; they have put in all the protocols to ensure the safety of players. They have an element of sponsorship to ease their financial burden but we don’t have such.

"If you say King Faisal should continue the league, it will be a tough demand on their financial status so Ghana’s issue is a very hard task," the former Envoy and National Media Commission chairman explained.

"Before football revived in Europe, there was a weekly testing of players and officials. Before they started, everyone knew their status but what has the country done so far with regard to this?

"The safety of the players is overlooked which will be a disaster if we continue it," he added.

The GFA will hold a crunch meeting on Tuesday to decide the future of the season.