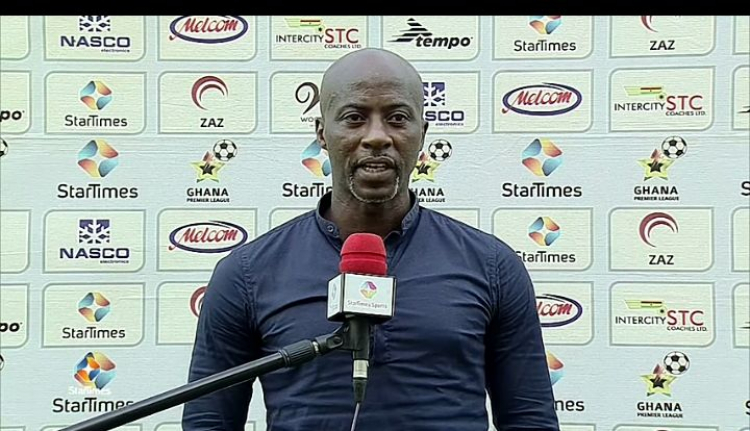 Accra Lions technical director Ibrahim Tanko has blamed his players for the team's defeat to Hearts of Oak on Friday.

A brace from Daniel Afriyie Barnieh and Isaac Agyenim Boateng's strike handed the Phobians a convincing 3-0 victory at the Accra Sports Stadium.

The Phobians, who had failed to win their previous two league games, raced out of the blocks and scored the game’s first goal in just 11 minutes thanks to a close-range effort by Barnieh.

After the goal, Hearts of Oak took control of the match, with Accra lions offering little in the final third.

Accra Lions were reduced to ten men just before halftime after midfielder Rashid Abubakar was sent off for a bad tackle.

With a man advantage, substitute Agyenim Boateng pounced on a brilliant through ball and netted with a low effort.

Barnieh grabbed his brace in the 89th minute when he headed into the net after a superb corner by Sulley Muntari.

"It’s very unfortunate we started very well and after ten minutes our players just drew back which was not good," Tanko said after the game.

"I think my players gave Hearts of Oak a lot of respect which wasn't supposed to be happening. They played the first round, saw how the league is so I expected them to play more and shouldn't respect anyone on the pitch. It's very unfortunate that we lost but we will go back and prepare for the next match."

“And also, the red card that we received, it was very stupid from our players excuse me to say. So that’s what changed the game."

Accra Lions face Real Tamale United in their next game.