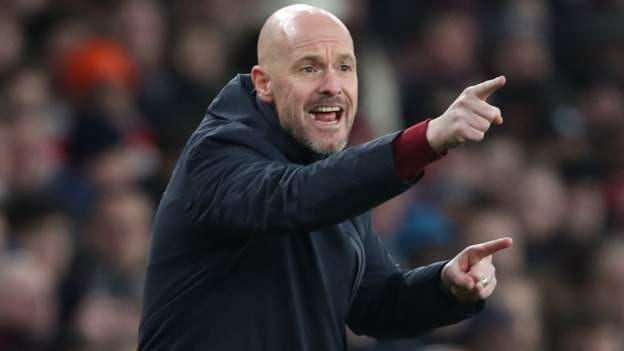 Erik ten Hag wants to turn Manchester United into the best team in the world, with Marcus Rashford leading that transformation.

United have triggered the extension on Rashford's contract, which will now not expire until 2024.

"I would say this is the best place [for him] to be because we want to construct the best team," Ten Hag said.

"First in England, then in Europe, then in the world."

Rashford has scored nine goals in nine games since returning from World Cup duty in Qatar.

With 17 goals already this season, the 25-year-old has scored more than Antony, Bruno Fernandes and Anthony Martial - United's next highest scorers - combined.

"I think he understands Manchester United is his club but also, in this environment, he is playing his best football," Ten Hag added.

"This team can help him be in the right position and to score goals, which he is good at.

"He is important for us and if we want to get the success we want, we need him."

It is a chance for United to bounce back from their last-minute defeat at Premier League leaders Arsenal on Sunday, the second straight league game in which they have dropped points after conceding late on.

The club have not won a trophy since 2017 and if they fail to end that run this season, it will be their longest period without silverware since the nine-year gap between their 1968 European Cup triumph and the 1977 victory over Liverpool in the FA Cup.

Before his side's first visit to the City Ground since their 8-1 triumph in 1999, when Ole Gunnar Solskjaer came off the bench to score four times, Ten Hag also defended £82m Brazilian winger Antony.

The 22-year-old has not had much of an impact since scoring on his debut against Arsenal on 4 September and at Crystal Palace last week he exchanged insults with Fernandes after the Portuguese midfielder complained about a pass that had rolled out for a goal-kick.

"He is not losing games," Ten Hag said. "He is playing and the team is winning and that already gives a message about how well he is performing.

"He can do better. We want him to be more direct. But the team is performing better if he is on the pitch and that is a good thing."