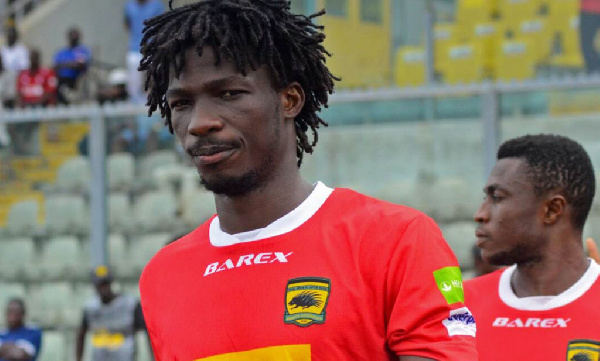 Maxwell Aidam was interacting via virtual interview with their fans on Zoom when he made this revelation.

According to him, the club were in talks to sign the Burkinabe International but were unable to reach a deal at the last minute.

“We [Legon Cities] talked to Songne Yacouba for a possible transfer but couldn’t reach a deal with him and his representatives at the last-minute”, he said.

Songne Yacouba left Asante Kotoko after the expiration of his contract in March and has been on the radar of most Ghanaian clubs before the season was suspended.

Yacouba was reported to have signed for Medeama SC but the deal was unsuccessful as the two parties failed to reach an agreement.