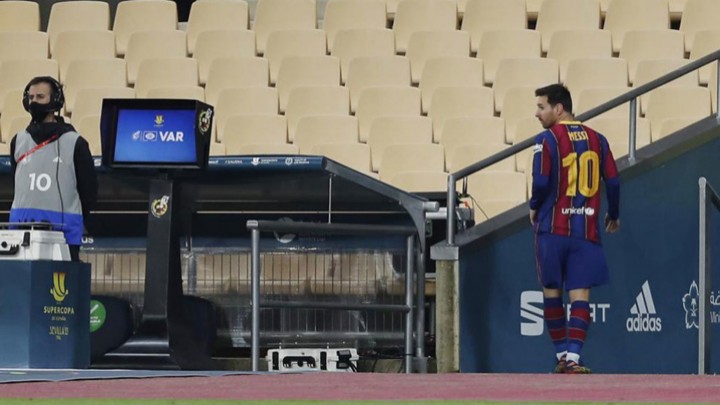 Blue Monday came on a Sunday for Lionel Messi, and I would even add Cristiano Ronaldo to that as he suffered a painful defeat to Inter in Milan that all but takes away his chances for another Scudetto. The two best footballers this generation has seen have rarely lost at the same time since before television was produced in high definition.

But, focusing on Messi, seeing him leave the pitch after a historic red card is the perfect metaphor for the end of an era that we have enjoyed like no other, and one which we won't see repeated again.

This pandemic-impacted football continues to be played with feet, but the real attributes which make a difference are lungs and heart. Messi has less and less air left to breathe. Nobody can beat father time, but on Sunday it was Messi's heart which was broken. Alejandro Sanz would say that this has been the case for a while, and it was merely held together by masking tape.

It's a sad Monday, with the penultimate episode of that series which has had us hooked, and with an outcome as predictable as it is imminent.

We were prepared to see Messi lose, and perhaps even play badly, but never to see him walk off the pitch after being shown a red card. For this reason, after listening to so many opinions, I far from condemn Messi; his situation generates compassion.

Blue Monday was born 15 years ago after a rare Monday with hardly any travel reservations at the agencies. Today Messi reserved a trip to the punishment box; he doesn't like these blue Mondays.