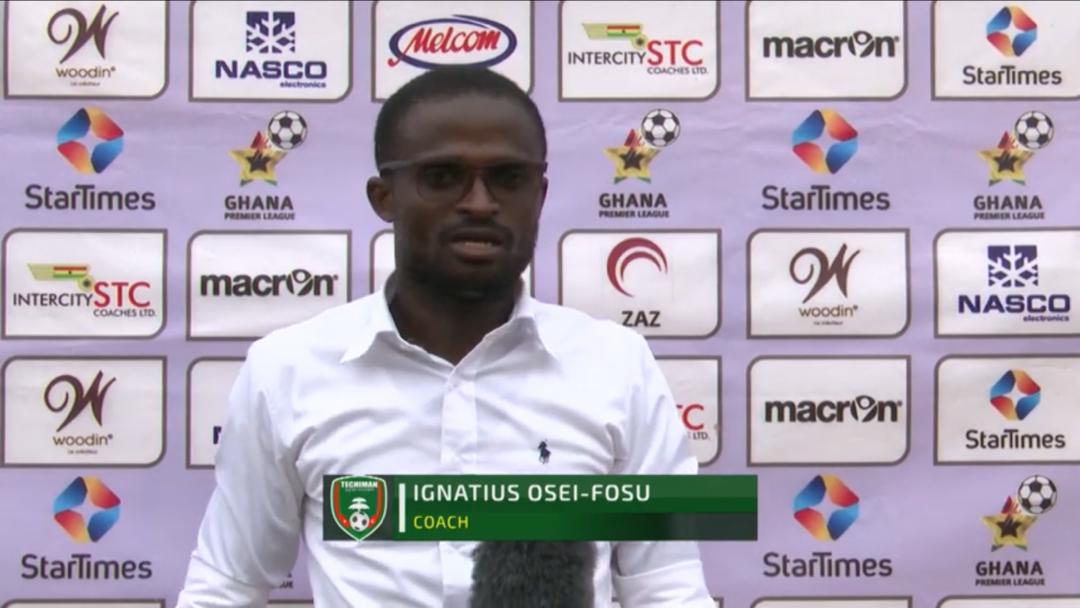 Eleven Wonders head coach Ignatius Osei Fosu says his side were tactically better than Hearts of Oak despite the 1-0 defeat at the Ohene Ameyaw Park on Friday.

Kwadwo Obeng Junior scored the only goal of the game to see Hearts of Oak do the double over Eleven Wonders in the ongoing Ghana Premier League.

The victory also catapulted Hearts of Oak to the top of the Ghana Premier League.

“I think tactically we beat them. The were only ballooning the ball, they did not pass from first half to second half. I felt Hearts of Oak was possessive team, the coach keep talking about he possessing but we never saw that thing…But it is just that we gave away a goal," he said after the game.

“I talked about referee taking the shine away. From where I was sitting and from the replay I saw from StarTimes, that was a penalty on any day and I am surprised that a FIFA referee of that caliber did not see it.” he added.