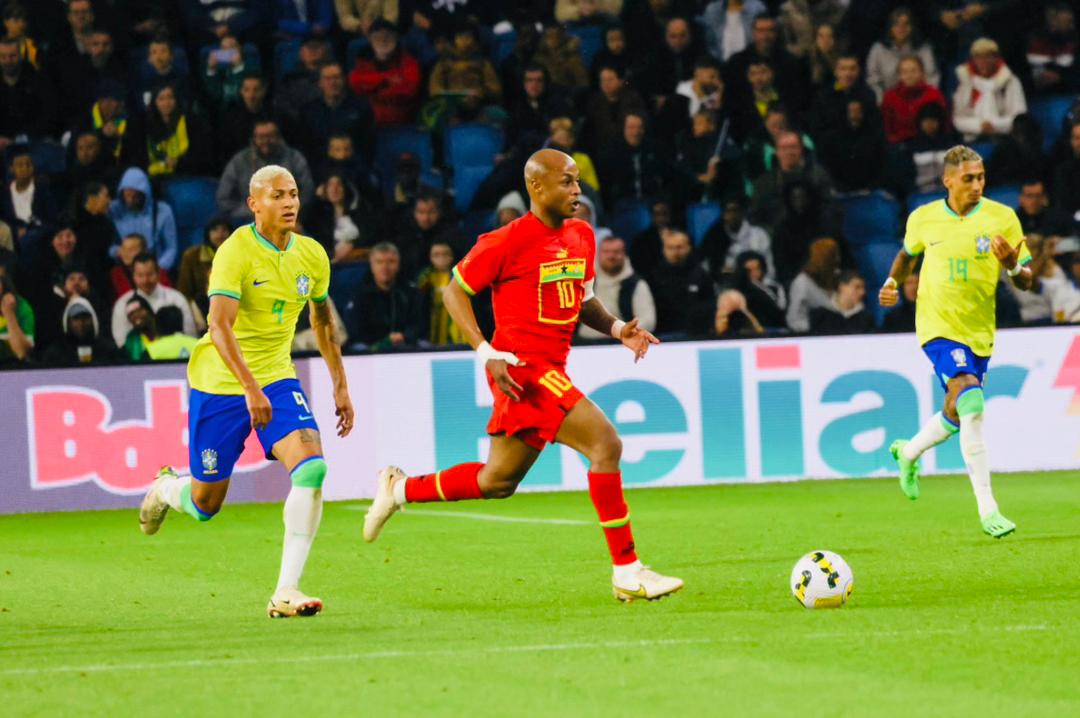 Black Stars captain Andre Ayew is confident ahead of the 2022 FIFA World Cup in Qatar.

The 32-year-old will be leading the four times African champions to their fourth World Cup in the country where he plies his trade these days.

Having had a bad Africa Cup of Nations earlier this year before shockingly edging Nigeria in the playoffs to qualify for the World Cup, Ayew believes the team is up for the task in Qatar.

"Being in the team for a very long time and today being the leader of the squad, looking back at what happened in Cameroun was very difficult for me. But maybe it was supposed to happen due to certain situations, it was supposed to happen to teach us certain things we were not doing. I think it was a wake-up call for the World Cup playoffs which was coming up in March, so we had to be ready," he told Graphic Sports.

"Personally, I knew what was supposed to be done and took advice from people, including some senior former players, on things to do to qualify. And honestly, since we qualified for the World Cup a lot of things have changed, the confidence and belief are back; now we just have to get stability and a lot of games together, and I think we can make a good impression in this World Cup."

The Black Stars lost their friendly against Brazil on Friday and will be in Spain for their next match against Nicaragua on Tuesday.