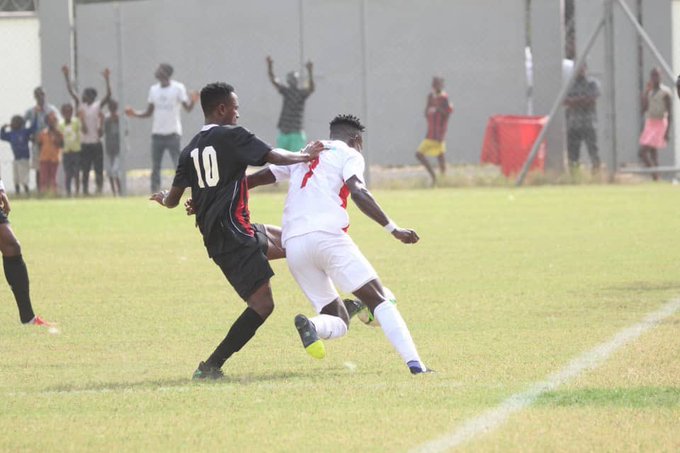 The Eleven is to One Boys bounce back from a difficult start to the campaign to record two impressive results from their last two games.

They beat King Faisal 4-2 in Accra and travelled to Techiman to whip Eleven Wonders 3-0, lifting the morale in camp high.

However, the midfield dynamo has urged his teammates to put those result behind them and focus on the match against Legon Cities.

‪“We have enjoyed our last two games because we won convincingly and that has boosted our confidence. Though we are enjoying our wins, we cannot underrate our opponents because we are winning our games,”‬ he told Interalliesfc.com.

“It’s a relief we are now scoring goals. At the start of the season we suffered some painful results because we failed to convert our chances so we need to focus on maintaining that.”‬

Mohammed netted his debut goal in the Premier League for the Accra based club in their win against Eleven Wonders in midweek.

‪“Personally I have been waiting to score a league goal. That is one area I have been working on and it is paying off now”.‬