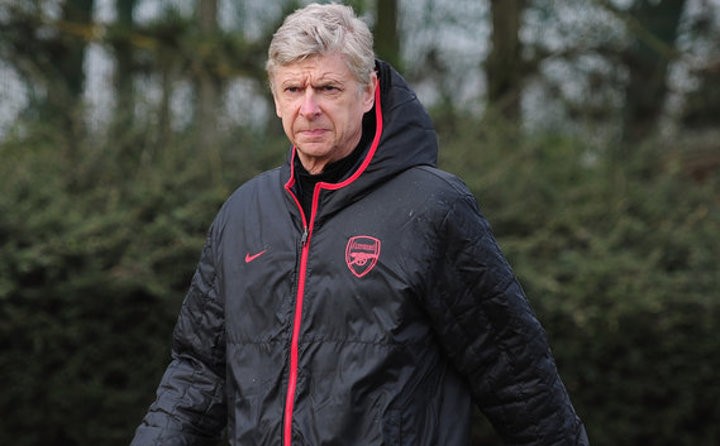 His tenure coincided with a run of success for Arsenal under Arsene Wenger, with the Cameroonian fullback winning two Premier League titles during his stay.

Wenger's Gunners were routinely competing for the Premier League, with Lauren saying the club's fire developed from a competitive training environment.

In fact, Wenger would often just sit back and watch as players battled during intense intra-squad matches as the French manager didn't want to get between his squad's most competitive stars.

“When there was a game, Wenger would say: ‘Who’s the ref?’ Pat Rice, [former equipment manager] Paul Johnson, [assistant coach] Boro Primorac … No one wanted it," Lauren told The Guardian.

"Wenger was clever – he got out of there, went to the corner, hid and just watched. Pat was the bravest and he’d end up arguing with everyone.

"There was argument after argument: Freddie [Ljungberg] with this guy, Martin [Keown] with that guy, me with someone else. [Dennis] Bergkamp was a genius but he was also incredibly competitive. That’s why we won."

Because of those battles, Lauren says that players were able to reach a new level, with Henry's competitiveness becoming a key part of the squad's identity.

“Why did Thierry Henry become Arsenal’s all-time top scorer? Talent? Because he was really good and a great athlete? No. Because he wanted to be the best every single day of his life.

"He never ducked a game, never said: ‘I’ve got a knock.’ The session finished and he’d stay to take shots, practise diagonal runs.

"On the bus, Henry, me, Edu and [Patrick] Vieira played cards and Henry got angry if he lost. You can laugh but it was like that. If you didn’t give him the ball, if he didn’t score, he would get mad. It was horrific.

“I’ve had confrontations with Henry and Vieira, Vieira with Martin Keown, Keown with Henry, Henry with Ljungberg, everyone. There was one at Riazor against Deportivo when Henry stopped and raised his arms at me. Bloody hell!

"You should have seen our training sessions. It’s a good job journalists weren’t there; it would have been horrible."

The introductions to those training sessions were often eye-opening for new signings.

Lauren reflected on when Gilberto Silva joined the club in 2002, with the Brazilian shocked at just how hard the Gunners' top players went during training sessions.

"When Gilberto Silva came and saw how we trained ...Martin Keown goes in hard and he’s unlucky enough to injure Rami Shaaban," he said.

"We get to the dressing room and Gilberto says: ‘Bro, is everyone mad here?’ From the next day on, he never once took his shin pads off – and we’re talking Gilberto Silva.

"We were hard, everyone wanted to win. And that showed on the pitch.”