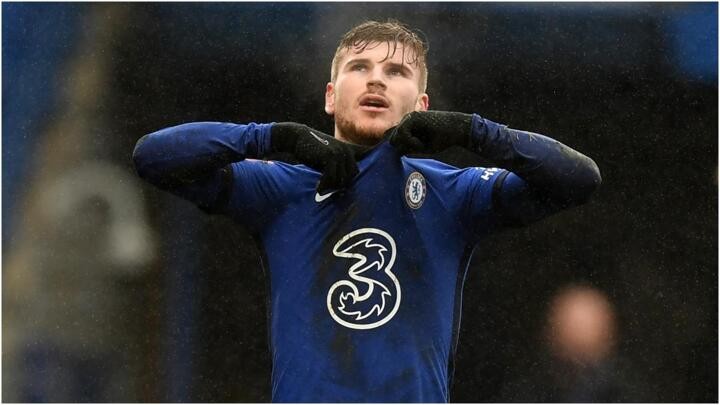 Timo Werner, Mason Mount and Marina Granovskaia must all be at the forefront of Thomas Tuchel's mind as he takes charge at Chelsea.

Thomas Tuchel's appointment as the new Chelsea head coach was confirmed on Tuesday - and the new man does not have a lot of time to get settled.

The former Paris Saint-Germain coach took charge of training on his first day and will be thrust straight into the spotlight when Chelsea host Wolves on Wednesday.

The Blues entered the latest round of Premier League fixtures sitting ninth in the table and Tuchel will be looking for an immediate impact.

But there are long-term tasks to complete, too, if the German is to stay at Stamford Bridge beyond the end of his initial contract, which runs to 2022.

Having worked with the likes of Kylian Mbappe and Neymar during his time at PSG, Tuchel knows all about the challenges of motivating some of the world's top talents.

At Chelsea, that will mean eliciting an improvement in the performance of his much-criticised compatriots Timo Werner and Kai Havertz.

Werner, for whom Chelsea paid RB Leipzig close to £50million, scored 28 Bundesliga goals in 34 appearances last season but has mustered just four in 19 in the Premier League, the most recent of which came on November 7.

Meanwhile, Havertz arrived from Bayer Leverkusen with a price tag in the region of £70million and a reputation as one of Europe's most creative young stars but has one goal, two assists and just 11 key passes to date.

Tuchel will be asked to get more from the Germany pair to boost a Chelsea team who have scored only four goals in their past five league outings.

Hindered by a transfer ban in his first season in charge, Lampard at least made use of Chelsea's impressive academy to bring a number of young talents into the team.

Perhaps most exciting among those were Mason Mount and Billy Gilmour.

Both Mount, 22, and Gilmour, 19, started Lampard's final game in charge against Luton Town and formed a creative double-pivot in an attack-minded side, earning praise from the coach for their discipline and movement.

Mount will surely feature in Tuchel's immediate plans, but Chelsea will hope both the England midfielder and team-mate Gilmour can continue to develop over the coming years.

SETTLE ON HIS BEST SIDE

Between the big spending ahead of this season and the promotion of a number of academy talents, Lampard was certainly not short of options. But that might have been to his detriment.

Looking to pack an array of star names into a first XI, the team too often lacked balance.

Juggling club captain Cesar Azpilicueta and Reece James proved tricky, while Thiago Silva and Kurt Zouma - seemingly Lampard's preferred centre-back pairing - have started together in only 14 of the 29 games so far this season in all competitions.

There has been concern regarding the form of N'Golo Kante, perhaps played out of position, while Lampard struggled to work out the best fit up front in his 4-3-3.

Tuchel must be more decisive.

An increasingly strained relationship with director Marina Granovskaia reportedly contributed to Lampard's demise, so keeping the Chelsea board onside will be crucial for Tuchel.

Dealings with the top brass at PSG in his previous job were not always straightforward for Tuchel and may have been a factor behind his departure from Paris, which came despite impressive results across recent seasons.

Criticism of PSG's transfer business did not go down well with sporting director Leonardo, who fired back at the coach, telling him he "must decide to respect the choices of the sports management".

Tuchel could hardly complain about the level of investment at Stamford Bridge over the past year, so similar comments towards Chelsea power-brokers would be unlikely to go down well.