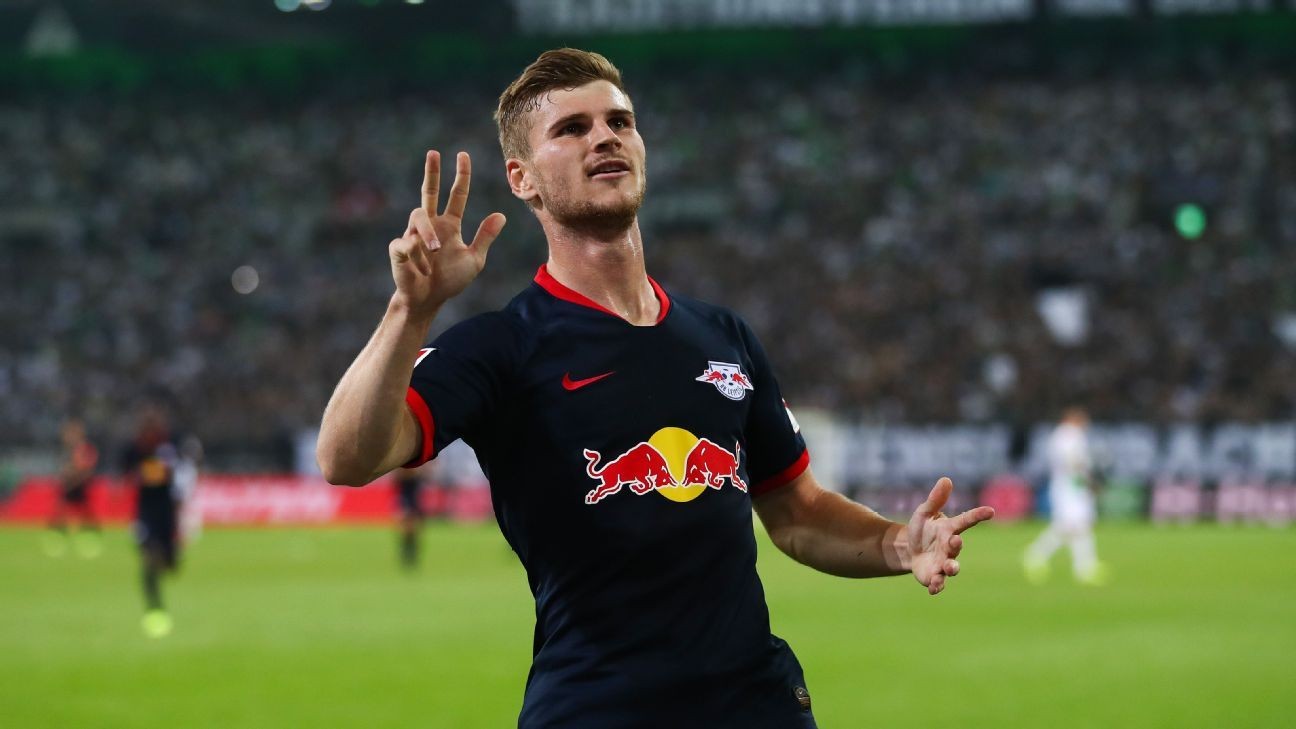 RB Leipzig forward Timo Werner scored a hat-trick to give the visitors a 3-1 win at Borussia Moenchengladbach on Friday and provisionally put them top of the Bundesliga with three wins from three games.

Werner, who last week signed a contract extension with the Bulls, shook off Matthias Ginter and weaved the ball through the legs of keeper Yann Sommer for the opener in the 38th minute.

The 23-year-old Germany international, who has now scored five times in Leipzig's three league games so far, grabbed his second goal two minutes after the break.

Leipzig defender Willi Orban almost scored an own goal when he cleared a Gladbach cross onto the crossbar in the 59th before Breel Embolo did cut the deficit with a 90th minute header.

But Werner was not done yet and notched his treble with the final kick of the game.

Leipzig, who have been drawn with holders Liverpool in their Champions League group, have nine points.

Borussia Dortmund, with six points after winning both of their matches so far, travel to Union Berlin on Saturday while champions Bayern Munich, on four points, entertain Mainz 05.