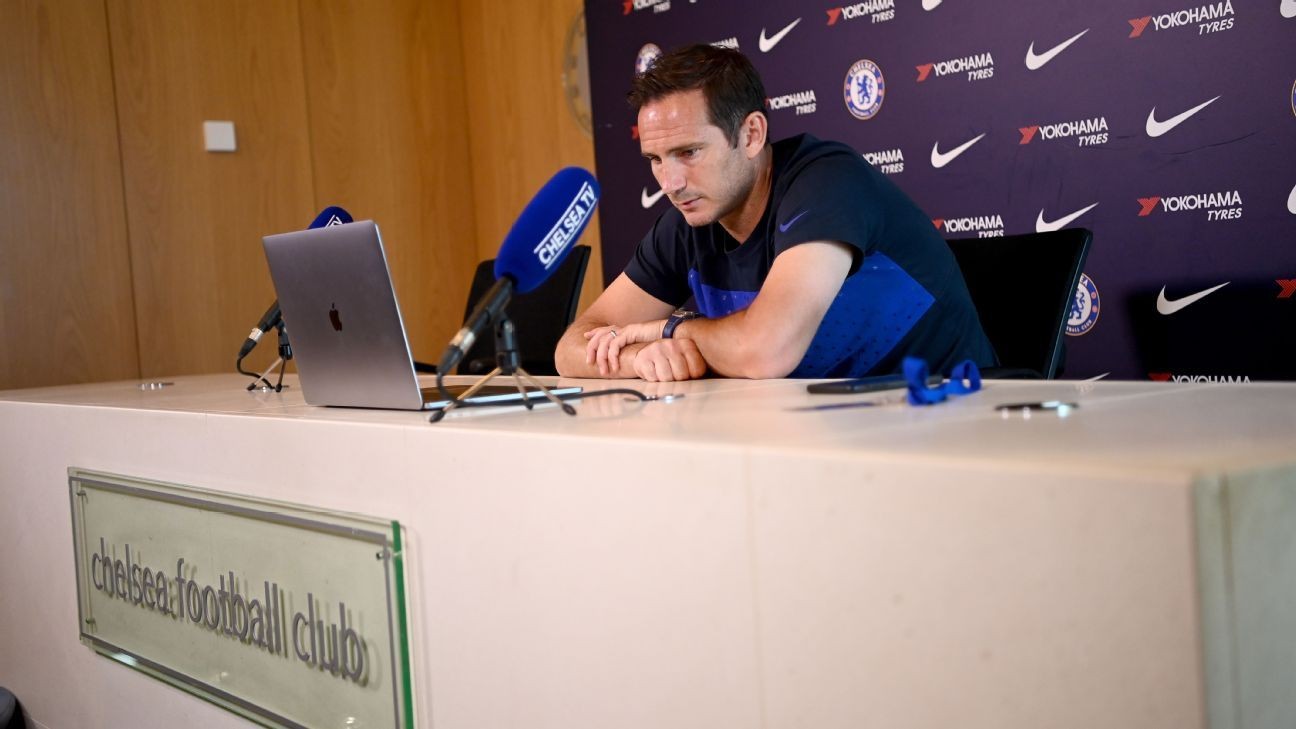 Frank Lampard has said new signings Timo Werner and Hakim Ziyech could train away from the Chelsea first-team squad to ensure they peak for the start of next season.

Ziyech and Werner officially join on Wednesday from Ajax and RB Leipzig respectively but are ineligible for the rest of the campaign due to registration rules.

However, the pair can immediately begin practicing with their new teammates and Werner declined to take part in Leipzig's Champions League quarterfinal scheduled for August to start his life in London as soon as possible.

It is understood various logistical details have to be determined, including adhering to the government guideline requiring new arrivals to the United Kingdom having to self-isolate for 14 days upon arrival due to the coronavirus pandemic.

That guideline is expected to be relaxed for arrivals from the European Union from Monday while the first-team squad are tested for COVID-19 twice a week, meaning it is theoretically possible both players could be cleared sooner to train.

Asked about his plans for Ziyech and Werner, Lampard said: "I'm in the process of arranging that now. They do become our players. Hakim hasn't played for a while and Timo finished at the weekend.

"We will formulate a plan for them which will look slightly different individually and I'll decide in the meantime how it looks at Cobham at the training ground, whether that means mixing with the squad or whether it means some physical work in the shorter term for themselves.

"[Whether it helps them hit the ground running next season] will be up to how we arrange the plan because the first issue now is how we finish the season. That's absolutely what we are focused on.

"In terms of the two players individually, we have to make sure they'll arrive with good fitness and freshness levels for next season. They will have a longer break than the players we have already got in the squad so I will take that firmly into account and when I feel it is the right time to bring them in and around the squad this season, I can do that. If not, the absolute priority is making sure they are fresh and ready for next season."

Meanwhile, Lampard dismissed speculation linking Chelsea with a move for Angel Gomes, who has become a free agent after turning down a contract extension at Manchester United.

"I can elaborate to the point that it has never been mentioned at my end so that's it," Lampard said.

He also distanced the club with a move for West Ham's Declan Rice, who will line-up against Chelsea at London Stadium on Wednesday evening.

"Declan Rice is a good player, I've known him for a long time," Lampard added. "He was in Chelsea's academy but there's no talk. I keep saying it about every player that I'll be asked about until these games are finished. There's nothing to say."