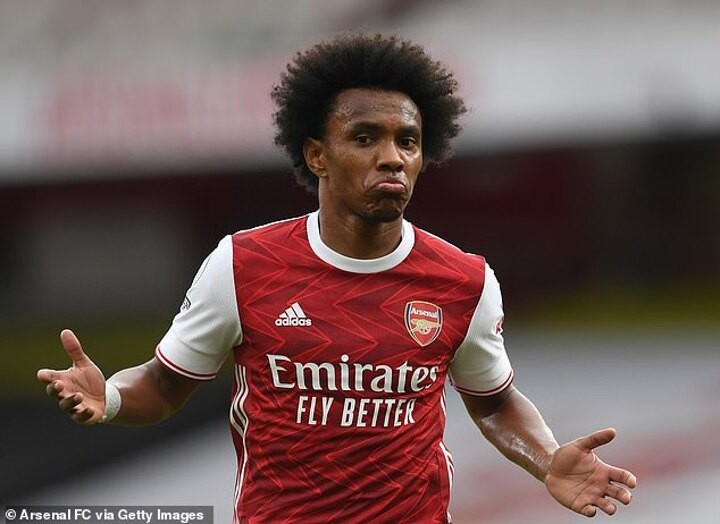 Fans have reacted with shock on social media after Arsenal star Willian finally broke his goalscoring duck for the club at the 37th attempt.

The Brazilian attacking midfielder moved from Chelsea in August 2020 but has struggled to cement his place in the side, and had not opened his account for the club until a fine free-kick against West Bromwich Albion on Sunday evening.

With the score 2-1 to the hosts and West Brom pushing for an unlikely win to avoid relegation to the Championship, Willian curled home a superb set-piece in the 90th minute to put the gloss on a win for the Gunners.

And supporters expressed their surprise and amusement on Twitter after the match to mark the 32-year-old's opening goal, with one suggesting Sam Allardyce's side had been demoted for allowing to score.

One supporter posted a picture of a man with Willian's face superimposed on climbing out of a coffin with the caption: 'Willian coming back to life after 24 games.'

Another tweeted a picture of Homer Simpon ringing a bell and wearing a board saying 'The end is near' with the simple message: 'Willian scored'.

A sixth showed a picture of team-mate Calum Chambers reacting with the caption: 'Chambers genuinely couldn't believe that Willian had finally scored,' followed by a cry-laughing emoji.