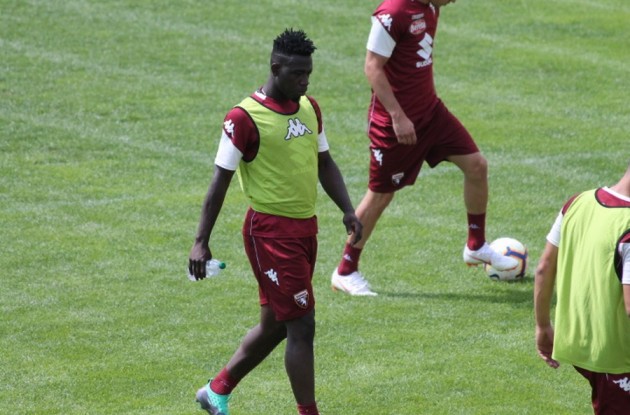 Torino midfielder Afriyie Acquah appears not distracted by rumours linking him with a move away from the club as he returned to training with the Italian side.

The 26-year-old missed the side 3-1 defeat to Liverpool in a pre-season friendly on Wednesday.

The Ghana international has been a subject of intense interest from several clubs in Europe and elsewhere.

But he appears not distracted as he training with the group on Thursday as they prepare for the Serie A season.

He has been compared to the former Chelsea star Michael Essien in his younger days, Acquah has won 29 caps for his country and has been a Torino player since he moved from Hoffenheim back in 2015.