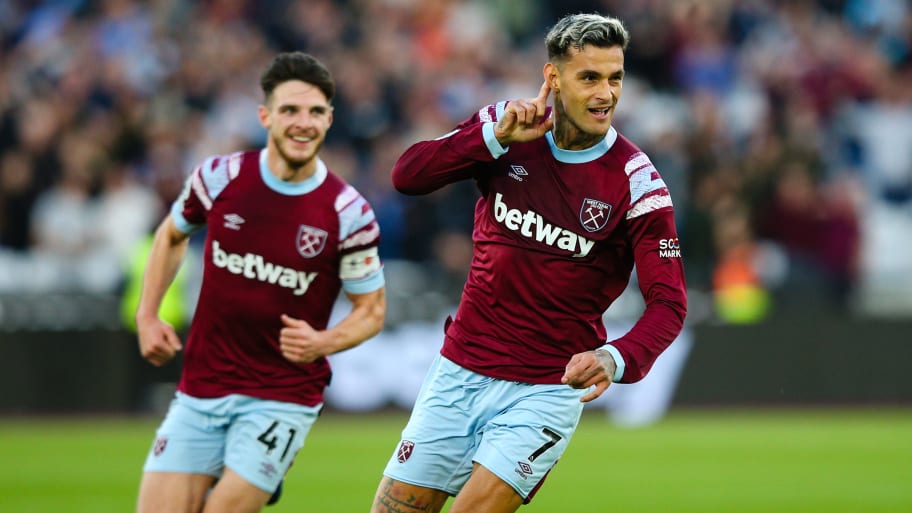 West Ham climbed out of the relegation zone with a 2-0 win against Wolves on Saturday, with Bruno Lage's men replacing them in the bottom three.

David Moyes' side picked up their first home Premier League win of the season to ease their early woes and move to within three points of the top half.

Wolves opened the evening with three decent chances, with Daniel Podence and Jonny Otto being denied by Lukasz Fabianski while Matheus Nunes flashed an effort across the face of goal.

That ropey start seemed to spark life into West Ham, with Gianluca Scamacca twice going close for the hosts.

But the Italian was't to be denied for much longer as he put the hosts in front after 29 minutes, smashing a dipping half-volley up and over Jose Sa to break the deadlock.

Though Wolves had the lion's share of possession either side of half-time, it was Jarrod Bowen who was next to find the back of the net. Thilo Kehrer's speculative strike dropped over the visitors' backline for the England winger, who took a touch to set himself before lashing in at Sa's near post with precision.

Diego Costa was brought on for his debut but Wolves' best route to pulling one back continued to be through Podence, who forced Fabianski into another low save from range.

A teasing cross from Adama Traore was met by Costa soon after, but the Spaniard couldn't steer the ball towards goal and West Ham survived.

Wolves did have the ball in the back of the net through Podence, but Costa was marginally offside before cutting the ball back to the Portugal winger and the goal was chalked off.

Lage brought on Boubacar Traore and Chem Campbell for Nelson Semedo and Nunes, to which the travelling fans responded with chants of 'you don't know what you're doing' as the unrest around Wolves' beginning to the season multiplied and they dropped to 18th in the table.