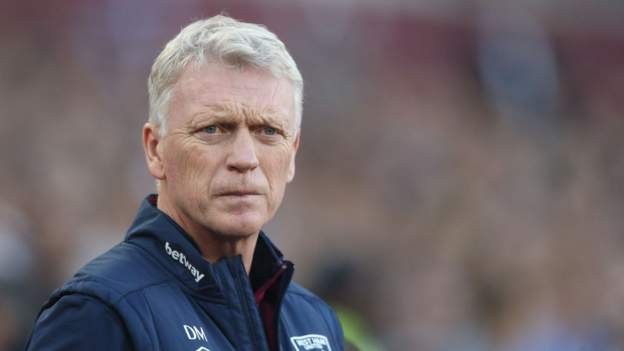 West Ham are backing manager David Moyes to pull them out of their current slump in form.

The Hammers lost 2-0 at home to Leicester on Saturday.

The result left them 16th in the Premier League, just a point above the relegation zone.

West Ham have now collected just four points from their past six games, well below expectations after a £150m summer outlay on the likes of Lucas Paqueta and Gianluca Scamacca.

Moyes being under pressure is nonsense - Rice

However, while there is concern over the form of the team, senior sources at the club believe Moyes deserves the right to turn the situation around.

It has not been forgotten that West Ham were teetering on the brink of relegation when the Scot returned to the club in December 2019.

Moyes pulled the Hammers away from trouble and then secured European football through their league position in successive seasons for the first time in their history, finishing sixth and then seventh.

West Ham reached the semi-final of the Europa League last term, where they were beaten by eventual winners Eintracht Frankfurt. They have already qualified for the last 16 of this season's Europa Conference League by winning all six group matches.

It is acknowledged many of West Ham's summer signings have so far failed to live up to expectations but Moyes is trusted to turn the situation round. He is also credited with his role in helping to develop skipper Declan Rice into one of the best midfielders in the country.