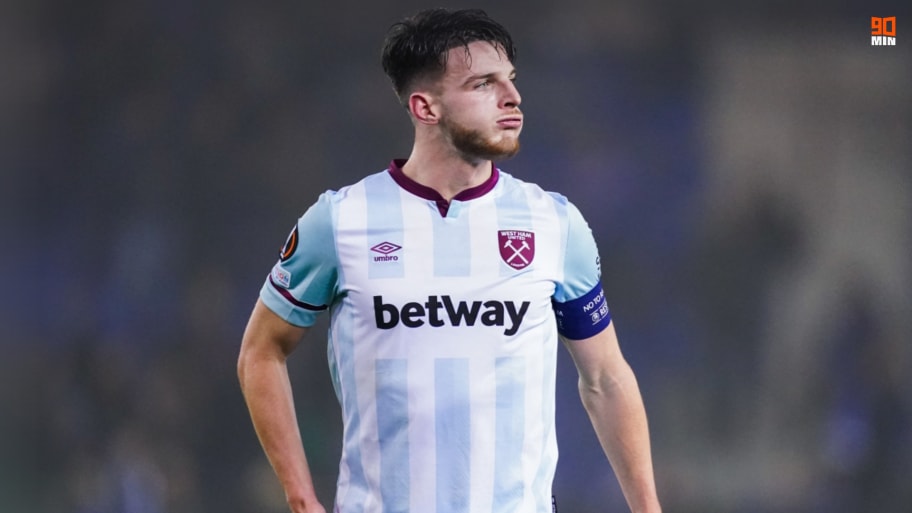 Declan Rice is prepared to leave West Ham in the summer of 2022, even if the Hammers seal Champions League qualification.

90min understands interest in the England international midfielder is mounting, and that Pep Guardiola's Manchester City, who have long been admirers, are continuing to lead the pursuit.

City broke the British transfer record to sign Jack Grealish in August for £100m, and any deal for Rice could see that record smashed for the second consecutive summer. Strong interest also remains from 'big four' rivals Liverpool, Manchester United and Chelsea.

West Ham, understandably, are reluctant to sell. Rice has transitioned into one of Europe's top young midfielders over the last year under the guidance of David Moyes, and has shown superb form over the first few months of the 2021/22 season after an excellent tournament with England at Euro 2020.

The Hammers have been trying to tie Rice down to a new and extended deal in recent months - knowing of the growing interest - and have been prepared to offer him a huge wage increase on his current contract, which runs until 2024.

Rice would have signed a new deal before now if West Ham were willing to include a release clause, but that is not something that majority shareholder David Sullivan is prepared to do at this stage. Without that, he will not commit and will explore all options - regardless of where West Ham finish.

The Hammers, sitting in a lofty third in the Premier League going into the weekend's fixtures, will continue their fight to keep Rice in the hope that Champions League qualification might convince him to stay beyond this season. However, even a new offer to make him the club's highest paid player would not come close to potential offers from elsewhere because of their current wage structure.

90min also understands that if a bid comes in from an interested party that matches the club's valuation - believed to be around £120m - West Ham will not stand in Rice's way and will sanction a British record sale.

Rice knows the interest in his services is sizeable and is in no rush to make a decision. Instead, he's focusing on what he can do on the field for West Ham and is delighted with the club's progress under Moyes - something he's spoken publicly of on a number of occasions.

The 22-year-old's future plans will become clearer in the coming months however, with European heavyweights Barcelona, Bayern Munich, Juventus and Inter also monitoring his situation.

This article was originally published on 90min as West Ham could lose Declan Rice regardless of top four finish.