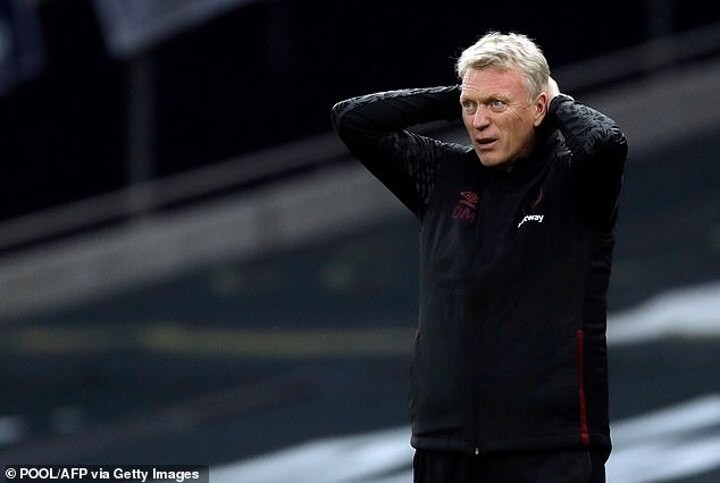 West Ham made a dreadful start to Sunday's clash with Tottenham and fans were quick to suggest that David Moyes' return to the dugout was the reason for it.

The 57-year-old had missed the club's last four games after testing positive for Covid-19 along with Issa Diop and Josh Cullen last month.

He had been working from home during that time and supporters took to social media to joke that he should have stayed there after the Hammers went 3-0 down after 16 minutes at Spurs.

The hammers won both of their Premier League games during Moyes' absence, thrashing Wolves 4-0 and Leicester 3-0.

'David Moyes is becoming the poster boy for working from home here,' another tweeted.