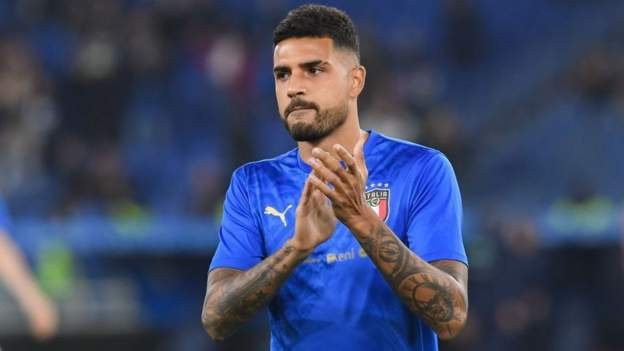 West Ham are in talks with Chelsea over their Italy full-back Emerson Palmieri.

Hammers boss David Moyes has turned to the 28-year-old as he looks to bolster his defence.

Injuries to new signing Nayef Aguerd and experienced duo Craig Dawson and Angelo Ogbonna have forced Moyes to use Ben Johnson in central defence so far this season alongside Kurt Zouma.

Emerson spent last season on loan at Lyon from Chelsea, making 29 league appearances for the French side.

However, he has little future at Stamford Bridge following the arrival of Marc Cucurella from Brighton, even though Emerson still has two years left on his current contract.

Since joining from Roma in January 2018, he has made 33 Premier League appearances for Chelsea.