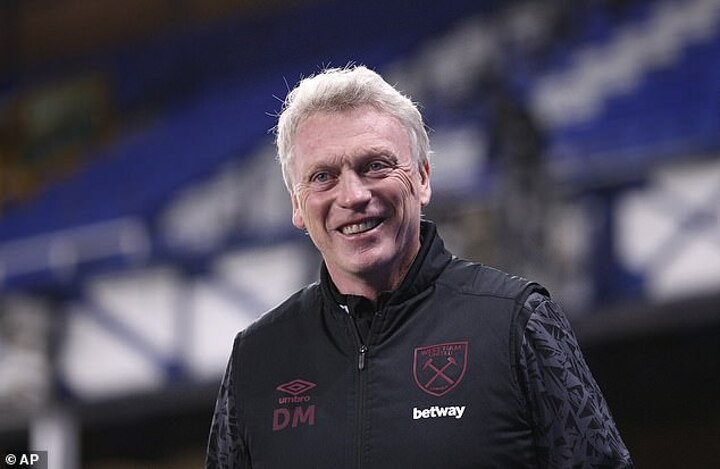 David Moyes is expected to be offered a new contract by West Ham at the end of the season as the Irons sit seventh in the Premier League.

The Scot returned to the club in December 2019 and is nearing the end of his current 18-month deal, having guided the east Londoners out of relegation difficulty to a 13th-placed finish in 2017-18.

Moyes' objective after taking over from Manuel Pellegrini last season was once again survival, which he once achieved once more, albeit by finishing in the less comfortable position of 16th.

But having bedded in shrewd acquisitions like Jarrod Bowen and Tomas Soucek in the second half of the 2019-20 campaign, Moyes has taken the team forward significantly this term, aided by the permanent signing of Soucek in the summer along with his compatriot Vladimir Coufal.

The Hammers sit just two points off fourth-placed Liverpool and senior figures at the London Stadium accept that the decision to let Moyes go at the end of the 2017-18 season was a mistake, according to The Guardian.

However, they are reticent to offer a contract to Moyes at this moment given the uncertain nature of the Covid-19 pandemic and the substantial hit clubs have taken financially due to the virus.

Moyes is relaxed about the contract situation and is pursuing several attacking options, among them Bournemouth forward Josh King, who is yet to score in 11 Championship appearances this season.

Blackburn marksman Adam Armstrong is also on Moyes' radar, with the 57-year-old keen to get someone through the door to replace Sebastien Haller, who West Ham will receive just £15million for despite signing the Frenchman for £45m from Eintracht Frankfurt in the summer of 2019.