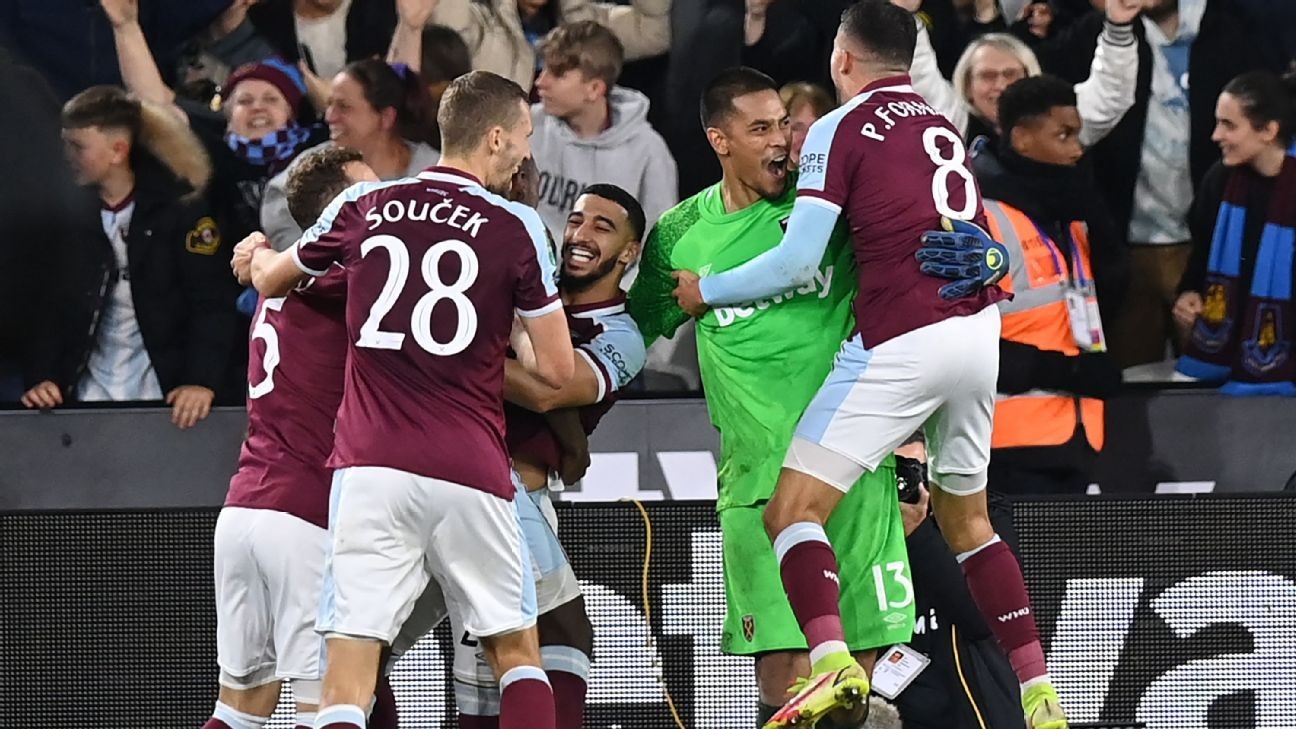 Holders Manchester City have been eliminated from the Carabao Cup by West Ham United after a penalty shootout at the London Stadium on Wednesday.

City, who made nine changes since last weekend's victory over Brighton, should have taken the lead in the first half as defender Nathan Ake headed on goal, but he spurned the chance. Defender John Stones went close later in the game, but West Ham goalkeeper Alphonse Areola saved to keep the scores level.

With Manchester United knocked out in the previous round, it means the Cup will be won by a non-Manchester club for the first time since 2015.