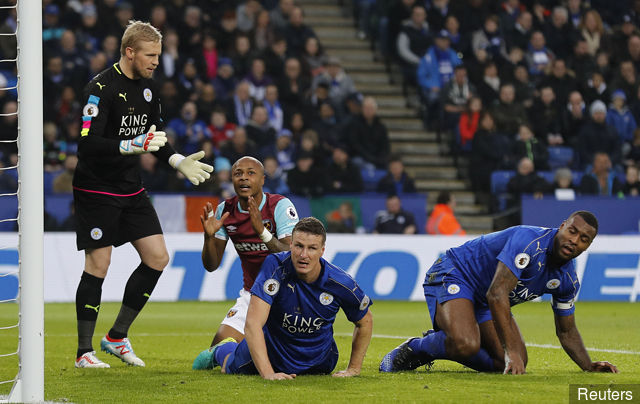 West Ham United fans have reacted to the performance of Ghana ace Andre Ayew in their 1-0 defeat against Leicester City in the English Premier League.

The Hammers saw their unbeaten run come to an end as the Foxes claimed a 1-0 win at the King Power Stadium.

Ayew was handed a starting berth but was replaced after 65 minutes and Hammers fans have reacted to his performance on Twitter.

Below are sampled Tweets about his performance.

Was Ayew even playing today?

Let's go Defoe. Would have scored today. Sunderland can have Ayew in exchange #whufc @andilikesmash

Ayew is awful. Worst business ever done by a premier league club. This guy was signed in a free last summer, we signed him for 20mill

To think we payed 20 mil for striker ayew,just let that sink in.

Ayew is a waste of 20 million

What a waste of money Ayew is.

Ayew was such a waste of money

After watching Andre Ayew play for West Ham this season I have decided his first name should be Where. #invisibleman #coyi

Andre Ayew is not decent. I do not rate him. At all.