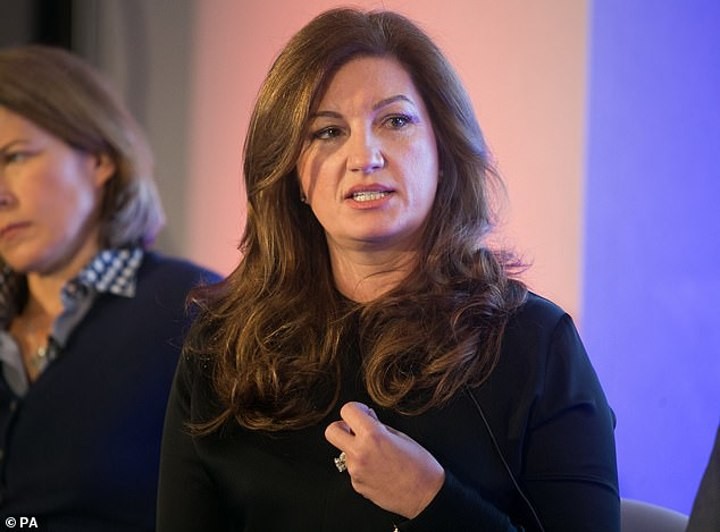 West Ham vice chairman Karen Brady has shed light on the plans being put in place for the Premier League return, including stadiums being split into red, green and amber zones and fans getting all-new views of the action from their homes.

The English top flight has confirmed that it will return to action on June 17, with the remainder of the season being payed out in a five-week period.

All of the games will take place behind closed doors in a packed schedule, and Brady in her column for The Sun revealed some new rules being put in place to ensure the action can return as smoothly as possible.

Brady revealed all stadiums will be split into red, green and amber zones in order to maintain social distancing for those on-site when games are taking place.

'Red zone will be the most severely restricted area, including the pitch, the tunnel, technical areas, changing rooms will be limited to 105 people maximum, to include players, coaching staff, match officials and all the essential staff only', Brady revealed.

'The amber zone will be restricted to the minimum number of staff required to meet contractual requirements for broadcasting, media and club staff. And the green zone is the stadium exterior.'

Brady also lifted the lid on what is being done to improve the match-day experience for fans, who are unable to attend the games, including a 360-degree replay of the action, new cameras in the tunnel and for celebrations.

The executive was full of praise for the Premier League and their handling of 'Project Restart', and also revealed player's shirts will feature the NHS on the front.

Brady also revealed an isolation room will be present for those who develop symptoms whilst within the stadium, no sharing of drinks or hand shaking and whilst players will be told to refrain from spitting.

'So we are in good shape. We are ready. We are raring to go', Brady added.