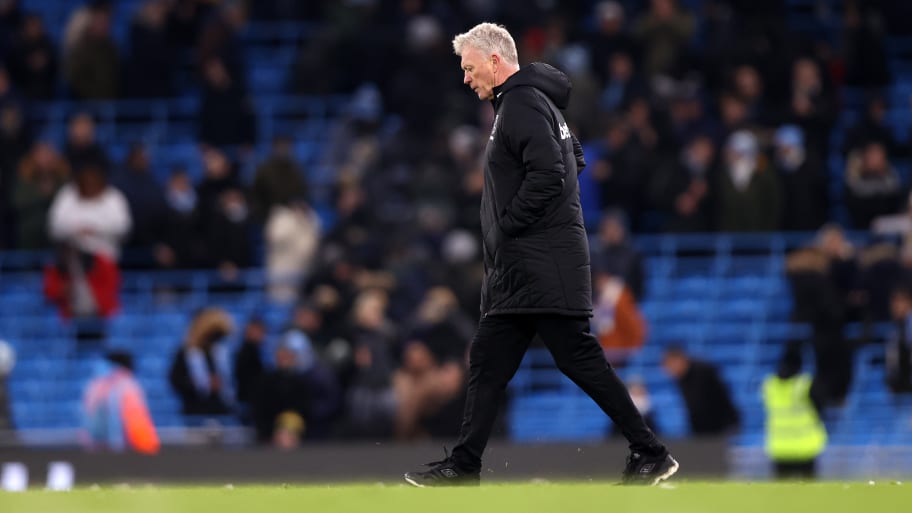 On a blisteringly cold and at times torrentially snowy Sunday afternoon at the Etihad Stadium, the only thing looking red hot was the XI wearing sky blue.

West Ham's reality check of a 1-0 defeat to Wolves last time out in the Premier League certainly dented spirits after earning a massive 3-2 win against Liverpool just two weeks prior.

But now it's safe to assume that the bubble is somewhat burst following Manchester City's convincing and commanding 2-1 victory over the Hammers on Sunday.

While Moyes' side may have come away from Molineux feeling slightly aggrieved to have not earned more, no such conclusion could be made following their trip to Manchester; they simply didn't deserve anything.

From miscalculated passes to relying on the isolated Michail Antonio far too heavily, the Hammers' build up play never looked like penetrating City.

The dominance of Rodri in midfield was enough to hoover up the mess on the rare occasions West Ham bypassed the incessant press of City's more attack-minded individuals, while the partnership of Ruben Dias and Aymeric Laporte was utterly unfazed by the presence of just one outlet up top.

While putting in a decent defensive shift, the Hammers' forward play was non-existent for large parts. Being reduced to aimless 'hit and hopes' time after time resulted in a visible decrease in intensity throughout proceedings.

West Ham's xG of 0.12 in the first half diminished even further to a measly 0.09 after the interval, reflecting their surprising incompetence at stringing breakaway moves together and collectively advancing up the pitch - as they have done so impressively so far this campaign.

Their ineffectiveness at playing through City's press and building moves made coming back into the game impossible, until Pep Guardiola's side approached the latter stages with a more defensive outlook.

When given time on the ball, the Hammers' did increase their intensity and did start showing a bit of initiative.

Even so, they were unable to overcome the hosts' secondary and reactionary style of football. Moyes' men were reduced to taking four of their five shots from outside the area - one of which, admittedly, was a Manuel Lanzini trademark worldie that represented a last-gasp consolation.

But, of course, it simply wasn't enough. Man City were a dominant force on Sunday afternoon and blew Moyes' men away with the composure, measure and ruthlessness that have developed into natural traits in Guardiola's squad.

Having said all that, the defeat certainly doesn't warrant panic, nor general discontent, among West Ham or its fanbase - after all, the Cityzens' are somewhat of a wrecking ball at this moment in time and have aspirations of the title rather than Champions League qualification.

What the defeat is, however, is a harsh reminder that there is still a long road of progress to be travelled until Moyes and his side narrow down the gap even further and find consistency against the elite sides in the league.

This article was originally published on 90min as West Ham's bubble burst after defeat at Manchester City.