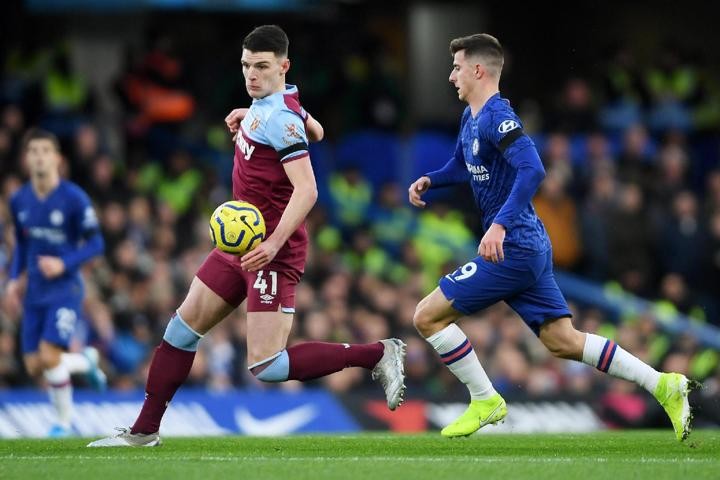 London rivals West Ham and Chelsea were scheduled to square off on Sunday in the Premier League but with football suspended indefinitely due to the coronavirus pandemic, competition turned online.

The England pair – club captains of their respective online teams – went head-to-head in an enthralling affair, filled with twists, turns, goals and plenty of spite.

Mount and Chelsea equalised before half-time, however, Olivier Giroud capitalising after some woeful West Ham defending.

(You can watch it here)

Speaking to West Ham's website after his victory, 21-year-old Rice said: “Everything went right tonight. I was disappointed to concede two sloppy goals, but at the other end, I should have had about eight!

“My tactics worked perfectly on the night,” he explained. “[Tomas] Soucek, in particular, was my Man of the Match. He was an absolute beast in the middle alongside Rice – they ran the midfield. I'm proud of all the lads tonight.

“I think Mace [Mount] will need to see where he goes from here... I'm just looking for bigger and better challenges now.”

The West Ham Young Hammer of the Year also had a message for those watching.

He said: “I hope everyone enjoyed the game as much as I did - and please remember: stay at home, protect the NHS, save lives."