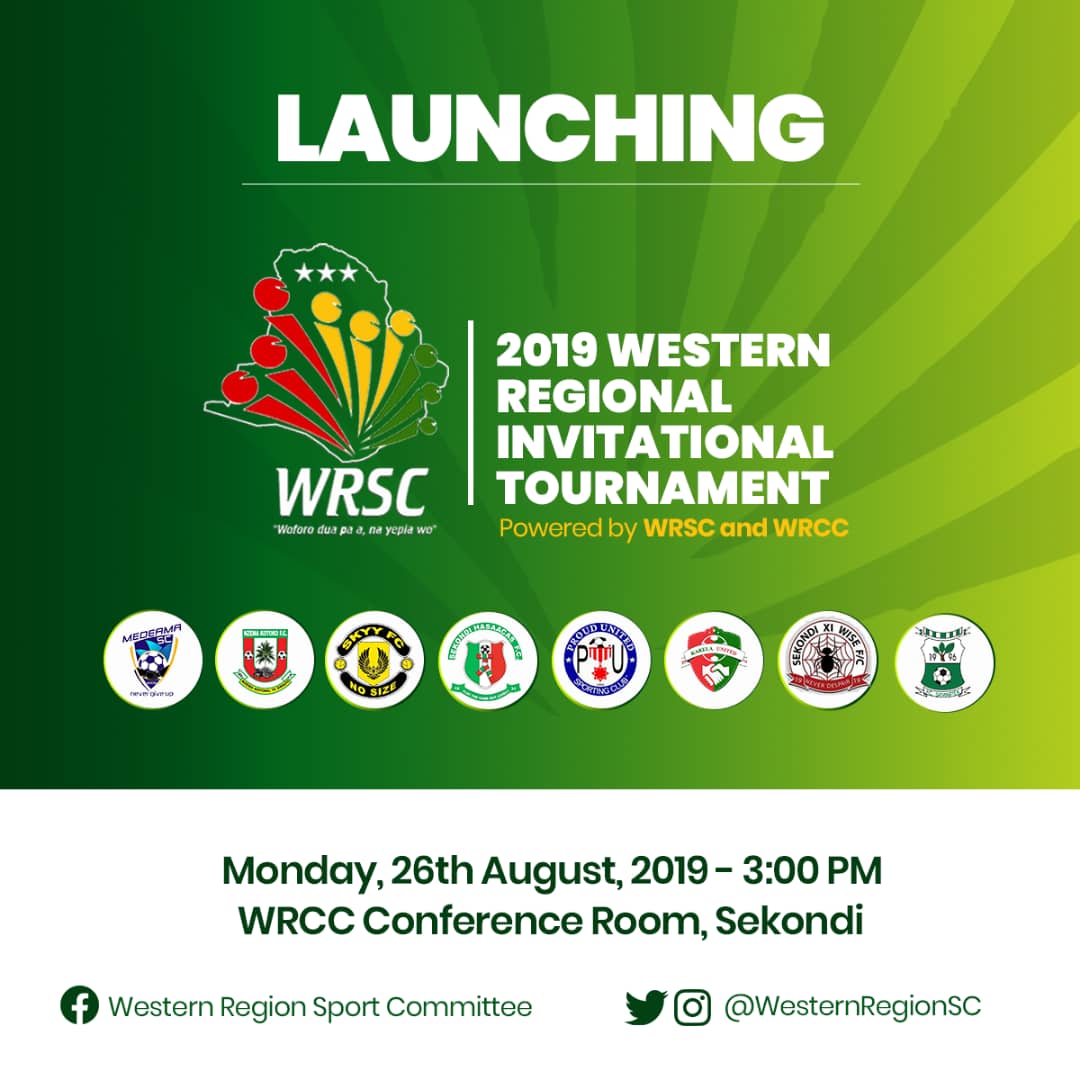 The Western Regional invitational tournament is set to be launched on Monday, August 26th at the WRCC conference room in Sekondi.

The invitational tournament is an idea born by the Regional Minister Hon. Kobby Darko Mensah to get teams in the region engaged during preseason.

The tournament's main goal is to help clubs from the region to prepare adequately for upcoming competitions in the country.

The Western Regional sports committee set in May this year were tasked to ensure the tournament became a reality and this year eight clubs from the region including top Ghana Premier League side Medema FC will participate in the competition.

Apart from the Mauves and Yellows, the other premier league side is Karela United and five other clubs from the Division One, namely Skyy FC, Proud United, Nzema Kotoko, Sekondi Hasaacas and Samartex.

Division two side and one of the oldest club in the country Sekondi Eleven Wise will complete the group of clubs for the tournament.

The tournament has been slated for 15th to 22nd September and the venues for the competition are the Essipong and Samartex Park.